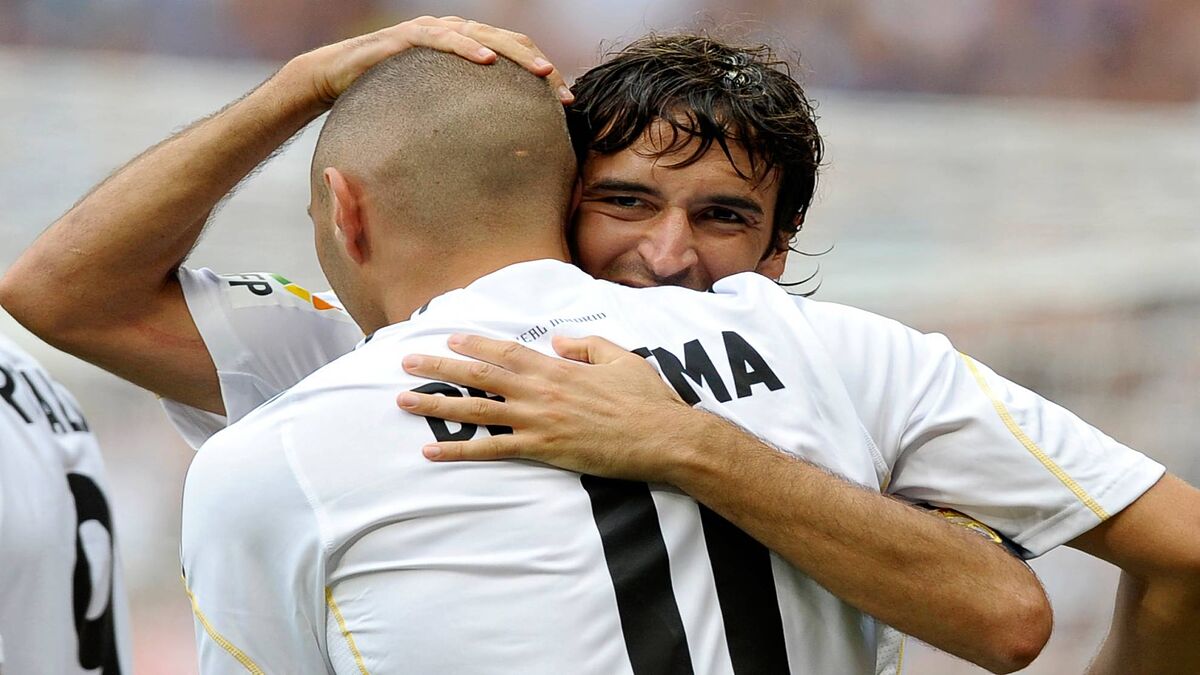 Karim Benzema will have the opportunity to overtake Raul Gonzalez and become Real Madrid‘s second-top scorer of all time when Los Blancos take on Levante at the Estadio Santiago Bernabeu this Thursday evening.

Carlo Ancelotti decided to rest the Frenchman in last weekend’s derby away at Atletico Madrid, but he could feature against Levante in one of Real Madrid‘s penultimate home game this season.

“I understand that you don’t have many arguments, but talking about the transfer market and the future doesn’t seem right to me,” Ancelotti told the press conference ahead of the Levante clash.

“I don’t want to talk about the transfer market, but about the Levante game, in which [Thibaut] Courtois, Vinicius [Junior], Benzema will return.

“We have to prepare for the league match which is coming. This is not the day to talk about the new ones, the alleged new signings for Real Madrid.”

Benzema has scored 43 goals this season, netting 26 in 29 LaLiga Santander games. This is his finest tally in a single LaLiga season, as he has already managed to score more goals than the 24 he netted in 2016/17.

This will be the 20th time Benzema is facing Levante, against whom he has scored nine goals, six of which came in the league and three in the Copa del Rey.

See also  Georgiy Sudakov could play for Man City or Barcelona, but he is stuck in a bunker in Ukraine