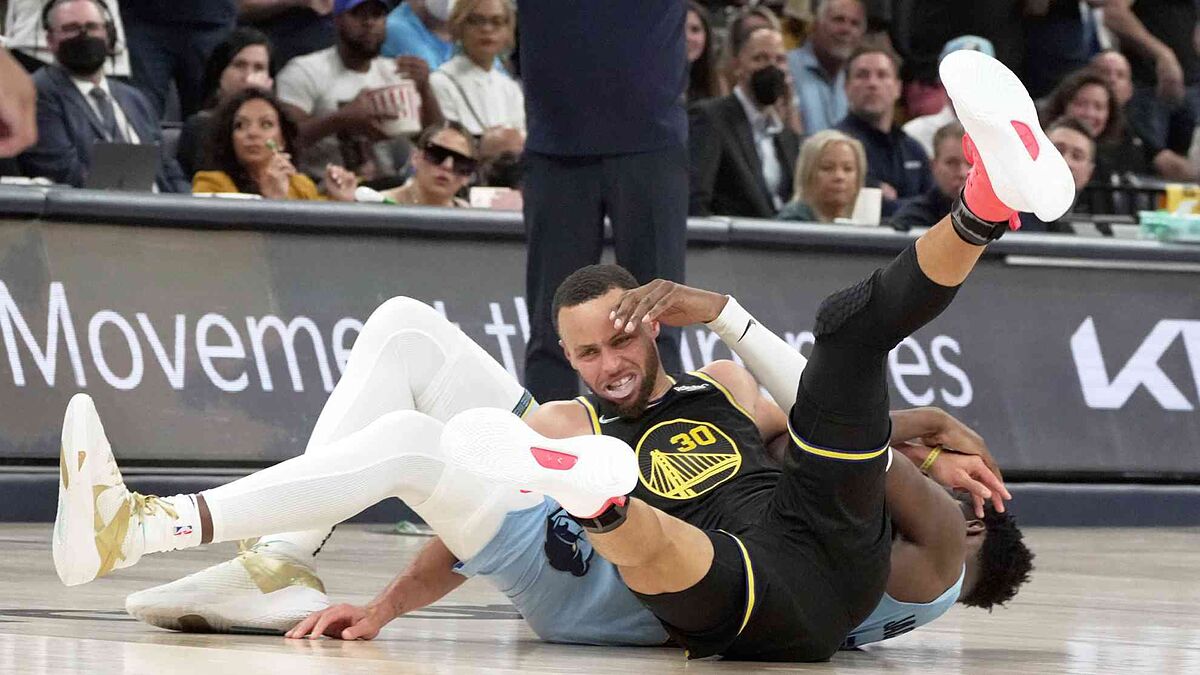 The Golden State Warrriors had a chance Wednesday night to become the first team to advance to the NBA Conference Finals, but the Memphis Grizzlies not only avoided elimination in Game 5 of the Western Conference semifinal series, they also gave their rival a basketball clinic by defeating them by a resounding 134-95 score to put the series 3-2, still in favor of Steve Kerr‘s team, who was not present while recovering from a positive COVID-19.

Memphis, which for the second game in a row was without its most important player, Ja Morant, due to a bone bruise in his right knee suffered from contact with Jordan Poole in Game 3, led by as many as 55 points in the third quarter, threatening the largest point differential in NBA playoff history, leading by 52 with 12 minutes to play, the largest difference after three quarters in the last 70 years.

The Grizzlies never trailed in the game and scored 77 points in the first half, the most in franchise playoff history and also the most this season for this young franchise, it was also the worst defensive half for the Warriors this season.

Three players of the locals reached 21 points in the development of this game, Jaren Jackson Jr., Desmond Bane and Tyus Jones were the basis of this triumph that generated an ovation worthy of the best days in the history of the Grizzlies.

Klay Thompson scored 19 points, while Stephen Curry had his worst night of this postseason with 14 points.

See also  Arthur loan move to Arsenal off the cards

What’s next in this series?

Game 6 of this series will return to the Chase Center in San Francisco, California next Friday at 10:00 pm ET.