Are you listening, Jurgen? Carlo Ancelotti reveals Real Madrid will line-up in a 4-3-3 formation against Liverpool in the Champions League final and NOT the 4-4-1-1 setup that saw them knock Manchester City out

Real Madrid boss Carlo Ancelotti has thrown down the gauntlet ahead of the Champions League final by revealing what formation his side will use against Liverpool.

The Italian coach, targeting his second European Cup with the Spanish giants after a triumph in 2014 during his first spell in charge, saw his side thrash Levante 6-0 on Thursday night.

Madrid have already sealed the LaLiga title and now all focus is on the Champions League final in Paris on May 28 – and Ancelotti seemed unnerved by speaking about his tactical plans for the Stade de France. 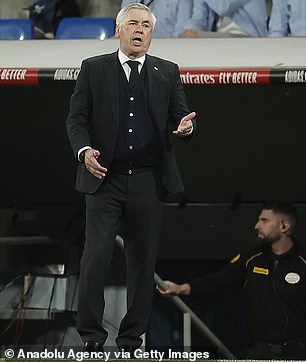 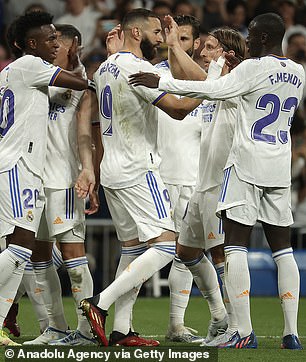 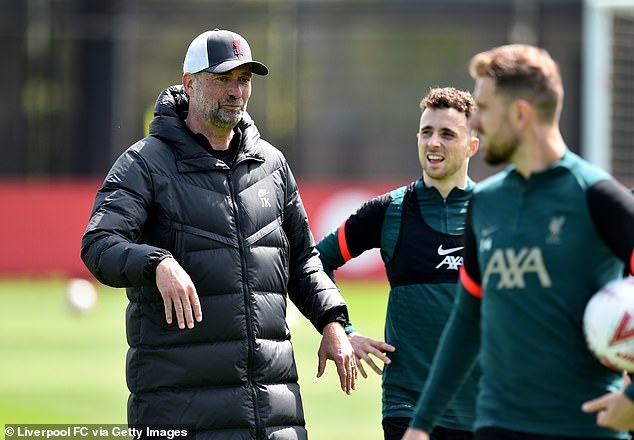 ‘The idea doesn’t change much, just the manner of defending the opponent a little.’

The primary selection dilemma for Ancelotti is likely to be centered around whether semi-final hero Rodrygo will earn a starting place. 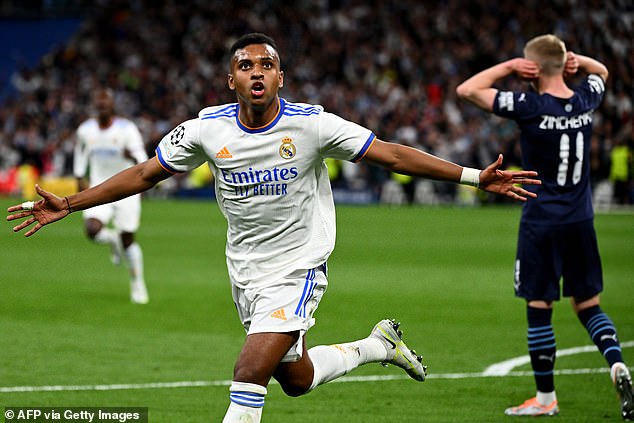 The Brazilian has been used mostly as a substitute in their run to the final. with the versatile Fede Valverde preferred as a makeshift option out on the right.

But with the switch to a more conventional three midfielders-three forwards formation, Rodrygo could line up alongside compatriot Vinicius Jr. and captain Karim Benzema in just over two weeks time.

Madrid have two league games left, against Cadiz and Real Betis, before the final while Liverpool also have two Premier League matches left as well as the FA Cup final tomorrow against Chelsea.