Karim Benzema has been hailed on social media after his stunning assist in Real Madrid‘s 6-0 win against Levante on Thursday.

The 34-year-old got on the scoresheet himself in the first half to move joint-second alongside Raul on Real Madrid’s all-time goalscoring list, leaving him only behind Cristiano Ronaldo.

However, it was his second half assist that caught the eye as he produced a series of step-overs to confuse goalkeeper Daniel Cardenas before squaring the ball for Vinicius Jr. to tap home. Fans were left mesmerised by Benzema’s skill. 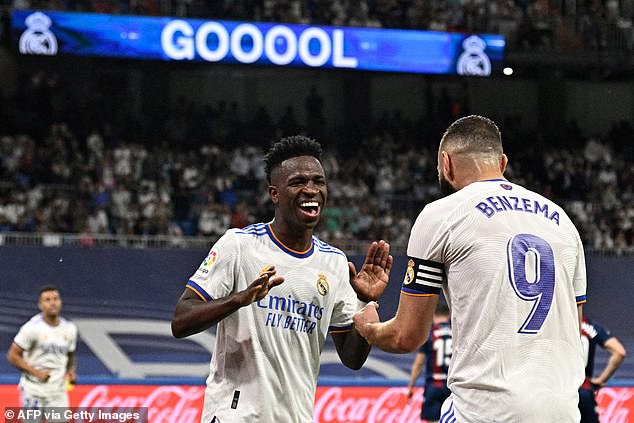 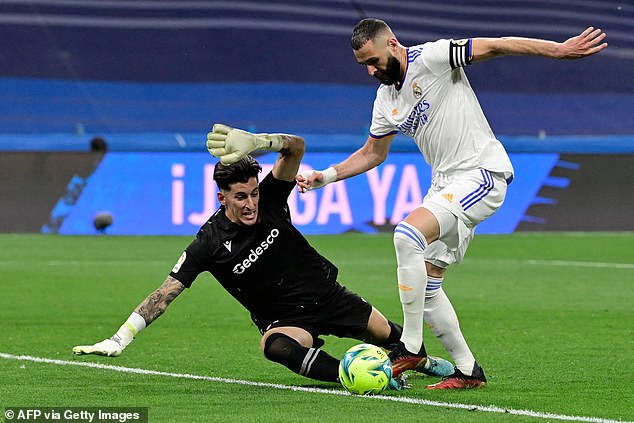 He dribbled past the goalkeeper Daniel Cardenas before setting up the goal for Vinicius Jr.

‘The Benzema assist to Vinicius against Levante is ridiculous. And their 6-0 win after they’ve already won the league is insane confidence,’ one fan wrote on Twitter.

‘That assist from Benzema was absolutely filthy man,’ another supporter stated.

Meanwhile, other observers praised the Frenchman’s ability to keep the goalkeeper guessing as he maintained his composure before finding his team-mate.

‘That Benzema assist tho… made him dance to his beat,’ another fan posted.

One observer was left stunned by the effort that Benzema put in to set up Vinicius Jr. 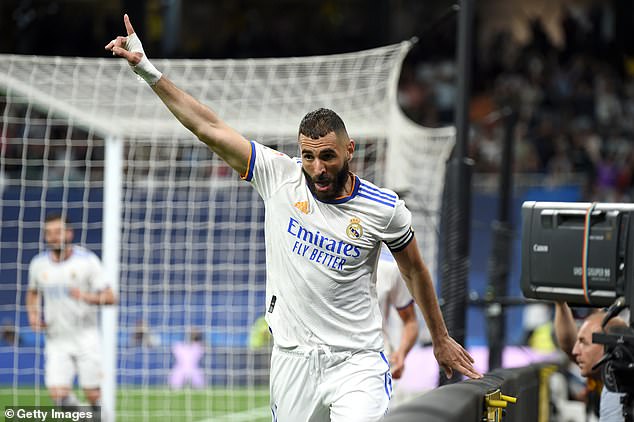 ‘Benzema twisting and turning just to get his assist!!! You can’t hate this man!’ a fellow supporter added.

The Real Madrid forward has now scored 44 goals and provided 15 assists in 44 matches across all competitions this term, establishing himself as a leading candidate for the Ballon d’Or.

One onlooker noted that Benzema’s latest assist highlighted exactly why he is in the running for the prestigious award.

‘That was a Ballon d’or worthy dribble & assist by Benzema,’ they wrote.