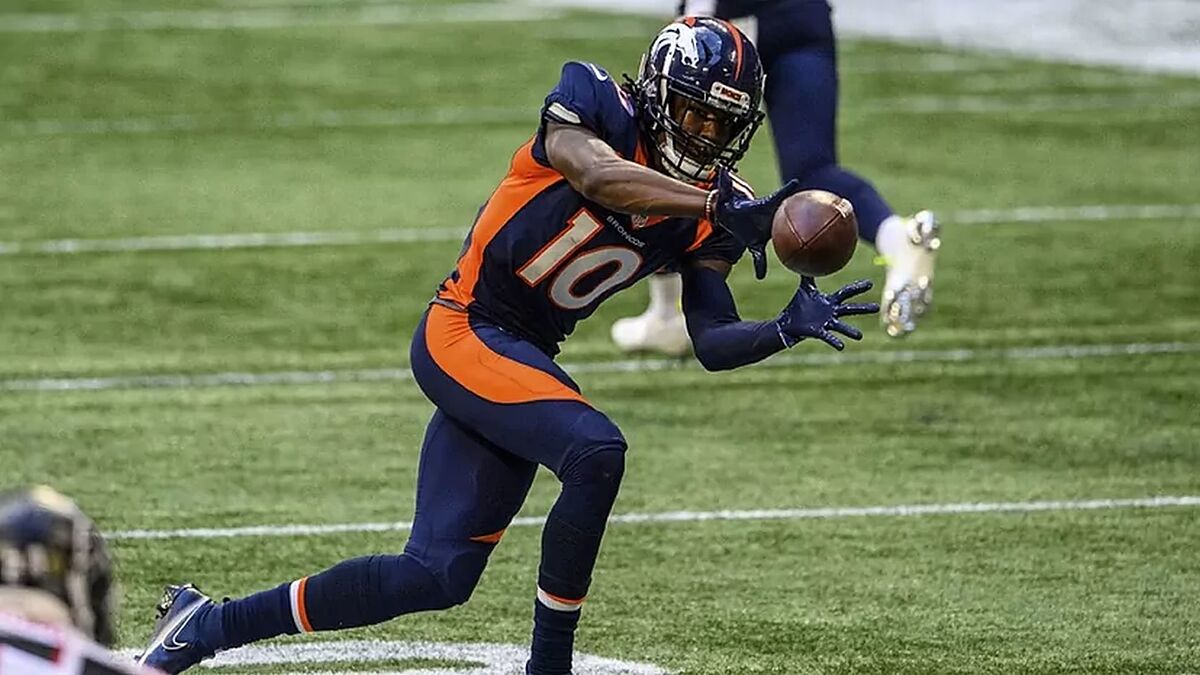 It was announced that Jeudy was arrested on charges of second-degree criminal tampering with a domestic violence enhancer.

“He’s on a no bond hold. He’s innocent until proven guilty.”

What is a domestic violence enhancer?

Not everyone might be familiar with the aforementioned legal term, but there is a part of the Colorado statute which explains what Jeudy may be charged with.

“A person commits the crime of second degree criminal tampering if he tampers with property of another with intent to cause injury, inconvenience, or annoyance to that person or to another or if he knowingly makes an unauthorised connection with property of a utility,” reads the statute.

“This could include cutting a neighbour’s phone line because they talk too loud on the phone late at night. Second-degree tampering also includes making an unauthorised connection with property of a utility. An example could be connecting cable line to your home without authorisation.”

Meanwhile, Arapahoe County Sheriff Tyler Brown confirmed that there was no physical contact between Jeudy and the other person.

“The second portion of this is a domestic violence enhancer and I know the word `violence’ connotates physical contact,” Brown said.

“I can tell you specifically that there was no physical contact between Mr. Jeudy and the female party in this investigation. It solely involved property.

“There was no damage to property. All that happened is that there was an accusation that property was being withheld and deputies determined that there was enough probable cause to make an arrest.”