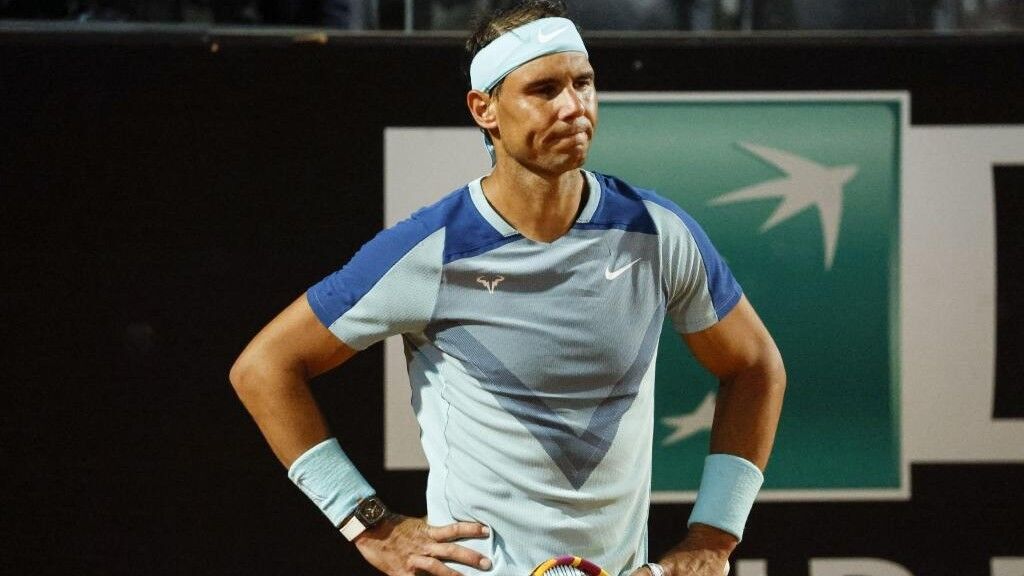 Rafael Nadal‘s tennis career is not just about triumphs and successes. It is also a journey through his long list of injuries, a series of problems that have certainly prevented him from making his record even more impressive.

Nadal has had shoulder, arm, elbow and back injuries, as well as a particularly persistent knee injury.

The Spaniard is not exaggerating when he says that he has lived with pain throughout his career.

But the fact is that he and his team, with the medical staff led by Dr. Angel Ruiz Cotorro, have managed to successfully deal with them.

At the beginning of his career, it was common to say that the physical demands to which he was subjected would make his tennis career short-lived.

But Nadal‘s relationship with pain is certain. The injury that has caused him to limp out of the Italian Open is different from the one that kept him out between March and May.

In fact, this injury is the first he suffered in his career and he has carried it with him ever since.

When in 2004 a young Rafael Nadal was ready to take on the world, he suffered an overload in his left foot that caused a crack in the scaphoid.

The following year, he was diagnosed with the Muller-Weiss syndrome, a chronic, degenerative injury, inoperable if you want to maintain the mobility required to practice high-level sport and one that can cause pain even while you rest.

That injury forced Rafael Nadal to his first prolonged sporting absence. He was unable to play from the Estoril tournament in April to Bastad in July.

He was unable to make his debut at Roland Garros or play at Wimbledon and did not get enough points to qualify for the Athens Olympic Games in singles.

Nadal‘s team had a hard time convincing him to accept this inactivity and not to compromise his recovery, as the injury could cause him long-term problems.

And so it was, but Nadal has managed to mitigate its effects. In 2007, he played at Roland Garros with his foot asleep from anaesthesia and he won.

After his abrupt farewell to the Rome Open, the Spaniard has confirmed that his intention is to play at Roland Garros and, if there is any chance, he is going to do it.

Nadal‘s team has discovered a method of dealing with his discomfort. The painkillers and anti-inflammatories that he has to take, but which also have long-term effects, have, so far, done their job.

In two weeks, we will know if Nadal can participate in the Roland Garros.