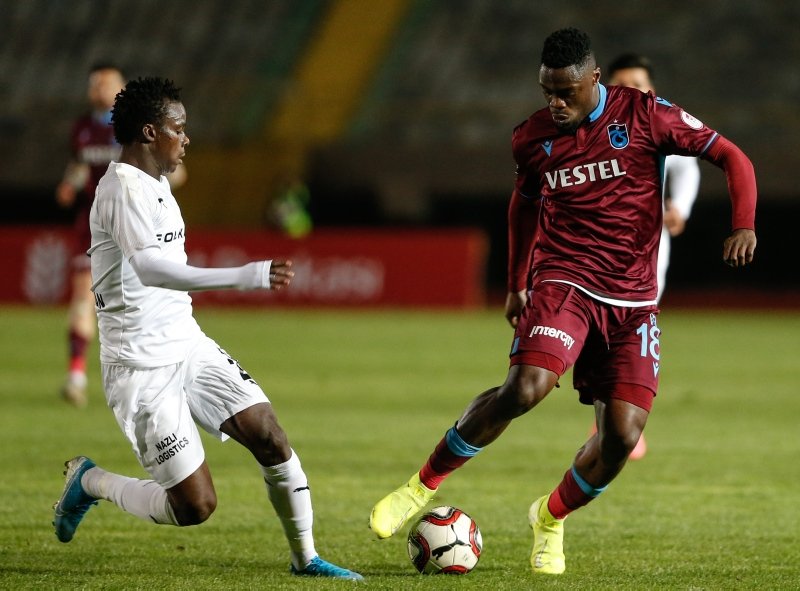 The newly crowned Turkish Super Lig champions Trabzonspor will play their final home game of the campaign on Sunday when they welcome Altay to the Medical Park Stadium.

Meanwhile, the visitors know that they will be playing football in the second their next season after collecting 34 points from 36 league matches and failing to secure their safety in the top flight.

The hosts have already secured their first Turkish Super Lig title since 1984 after sweeping aside all challengers this season. They have lost just two league matches this season, while they have won 22 of their 36 league games on their way to the championship.

However, instead of heading into Sunday’s contest in a celebratory mood, Trabzonspor will actually be disheartened after they saw their hopes of a league and cup double come to an end in midweek.

Despite the midweek disappointment, Abdullah Avci’s side have the opportunity to end the season with an unbeaten home league record if they claim a positive result on Sunday.

On the other hand, Altay’s stay in the Turkish Super Lig will be brief, with their relegation already confirmed despite losing just one of their last four matches.

Buyuk Altay may be heading to the second tier, but they have the opportunity to claim back-to-back away victories after defeating Hatayspor in their most recent away game.

They also managed to secure a point last weekend when they played host to Giresunspor, with Leandro Kappel cancelling out Umut Nayir’s opener to help the hosts pick up a draw.

See also  Fairyhouse Racing Tips: Set your alarm for Time To Get Up

Trabzonspor vs Altay head to head

The two teams have previously met on 61 occasions across all competitions, where Trabzonspor have claimed 37 victories while Altay have won 11, and they have drawn in 13. Trabzonspor have scored 102 goals and conceded 53. In their last meeting in the league, Trabzonspor claimed a 2-1 away win.

Trabzonspor have recently been on a relatively good run of form at home, having been unbeaten in their five most recent matches. In their last home game, they played out a 2-2 draw with Antalyaspor in the league. In their last five matches, they have scored nine goals and conceded six.

Trabzonspor have recently failed to keep a good run of form on the road, having won just one of their five most recent matches. They managed to defeat Adana Demirspor 3-1 on April 23 in the league. In their last five matches, they have scored eight goals and conceded nine.

Altay have recently failed to keep a good run of form at home, as they won just one of their five most recent matches. They managed to defeat Yeni Malatyaspor 1-0 on March 12 in the league. In their last five matches, they have scored four goals and conceded five.

Altay have recently failed to keep a good run of form on the road, having won just two of their six most recent matches. They managed to defeat Hatayspor 1-0 in their last away game in the league. In their last five matches, they have scored three goals and conceded six.

Trabzonspor are expected to be without the services of Bruno Peres and Anders Trondsen, while Stefano Denswil is out of contention due to a muscle injury.

Although they have exited the league cup, Avci may continue to give the substitute players an opportunity, while Djaniny will lead the line on Sunday.

Altay’s Deniz Kadah and Ozgur Ozkaya are both ruled out due to injury issues, while the visitors could name an unchanged lineup after holding Giresunspor to a draw last weekend.

Ahmed Yasser Rayan will be one of Altay’s main goal threat, looking to add to his five-goal tally in the league this season.

While Altay have already confirmed their relegation to the second tier and will only be playing for pride, Trabzonspor aim to end the campaign with an unbeaten home league record.

We are expecting the hosts to bounce back from the cup defeat in midweek to claim a victory on Sunday.