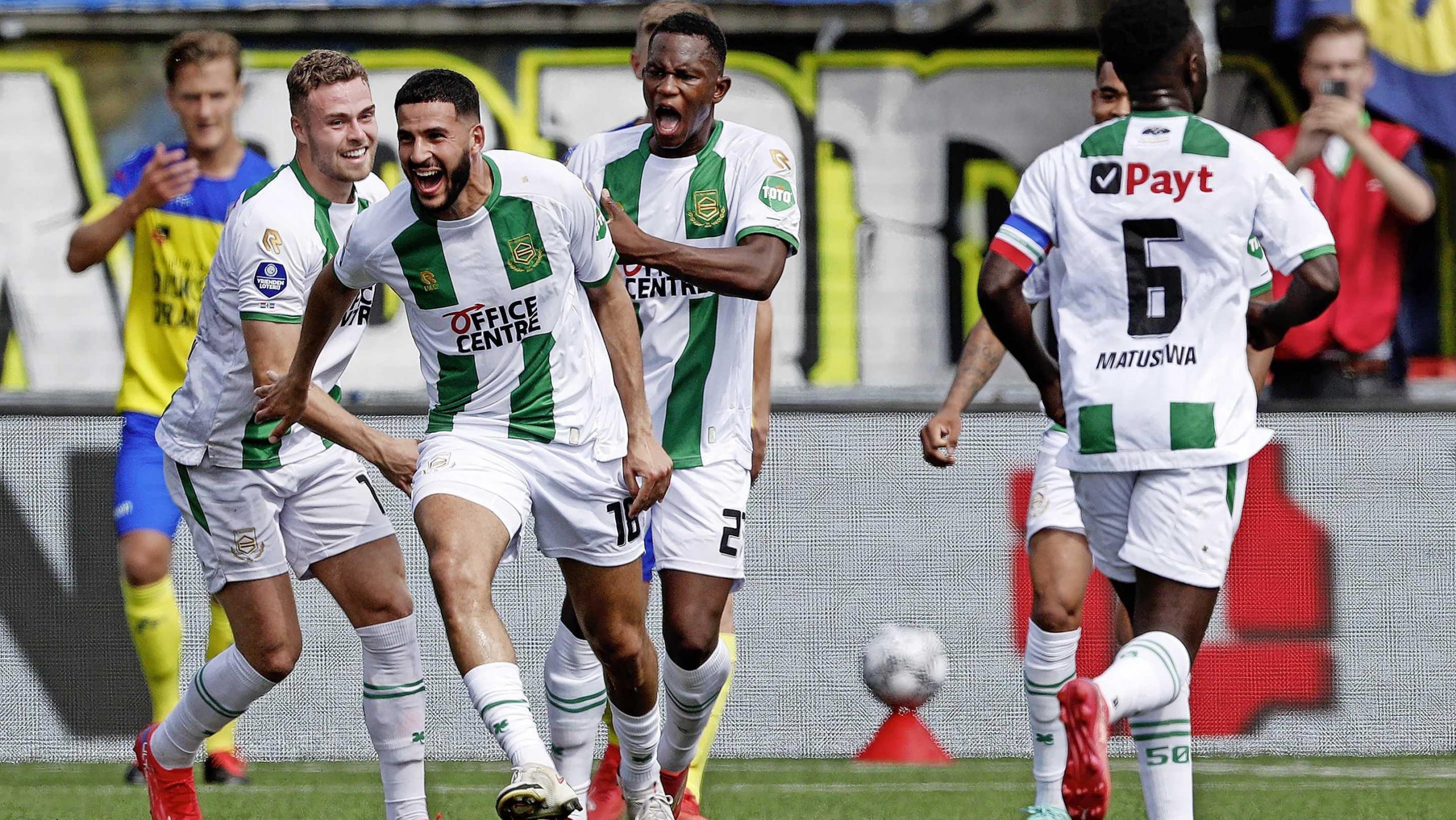 Groningen and Cambuur will have an encounter on the final day of the Eredivisie campaign looking for the victory that may earn them a spot in the top half of the standings.

In the standings, the two teams sit locked on the same points in 11th and 12th positions respectively, each side having put together a dreadful run of form during the run-in.

There was a period in the early stages of the season when Groningen would have hoped to stay in the mix for the top five in the standings, actually an ambitious target given the gulf in class to the top five.

However, Danny Buijs has instead overseen a disastrous drop off in form for his side, with Groningen losing six matches in a row and conceding 15 goals in the process.

Had the campaign been extended by a month, Buijs’ side would have been looking over their shoulder towards the relegation zone, the gap to 16th spot now just four points.

However, the Pride of the North can attempt to restore some pride on familiar territory by ending a three-game losing streak at home and recording just their fifth win at Euroborg.

Despite their losing streak, there is an argument that Buijs’ side should remain favourites for this contest with Cambuur having gone nine matches without success. Groningen succeeded by a 2-1 scoreline on the opening day of the season.

Cambuur’s six-game losing streak has been followed by three draws, the latest coming at home to 17th-placed Willem II after they had held a half-time lead.

The change in manager has not been fruitful, Henk de Jong being forced to sit out the rest of the season due to health issues, but Dennis Haar will hope that he can at least end an otherwise respectable campaign on a high note.

Groningen vs Cambuur head to head

Groningen have recently been on a poor run of form at home, having lost each of their three most recent matches. Their last home victory came on March 12 when they defeated NEC 4-3 in the league. In their last five matches, they have scored seven goals and conceded nine.

Groningen have recently been on a poor run of form on the road, having lost each of their three most recent matches. Their last away victory came on March 20 when they defeated Utrecht 3-1 in the league. In their last five matches, they have scored six goals and conceded 11.

Cambuur have recently failed to keep a good run of form at home, having been winless in their five most recent matches. Their last home victory came 2-1 over Fortuna Sittard on February 26 in the league. In their last five matches, they have scored six goals and conceded nine.

Cambuur have recently been on a poor run of form on the road, having failed to win in any of their eight most recent matches. They drew 3-3 with Heerenveen in their last away game in the league. In their last five matches, they have scored four goals and conceded 11.

Buijs could make changes to his Groningen XI, with Tomas Suslov likely to return in midfield while Paulos Abraham should also return in a creative role.

Yahya Kalley may also be given a chance after failing to make an appearance since February, while Daneho Irandust and Romano Postema will to drop out.

Cambuur’s Mitchel Paulisen should retain his spot having supplied the assist for Sekou Sylla last time out, while Jamie Jacobs is in contention to come back into the middle of the pitch.

Tom Boere is likely to feature down the centre of the attack, taking the spot of Roberts Uldrikis.

We are expecting both teams to throw caution to the win on Sunday in the hope of securing a much-needed three points.

However, Groningen have been unbeaten in five most recent matches between the sides, and as they play at home, we believe the will pick up all three points.