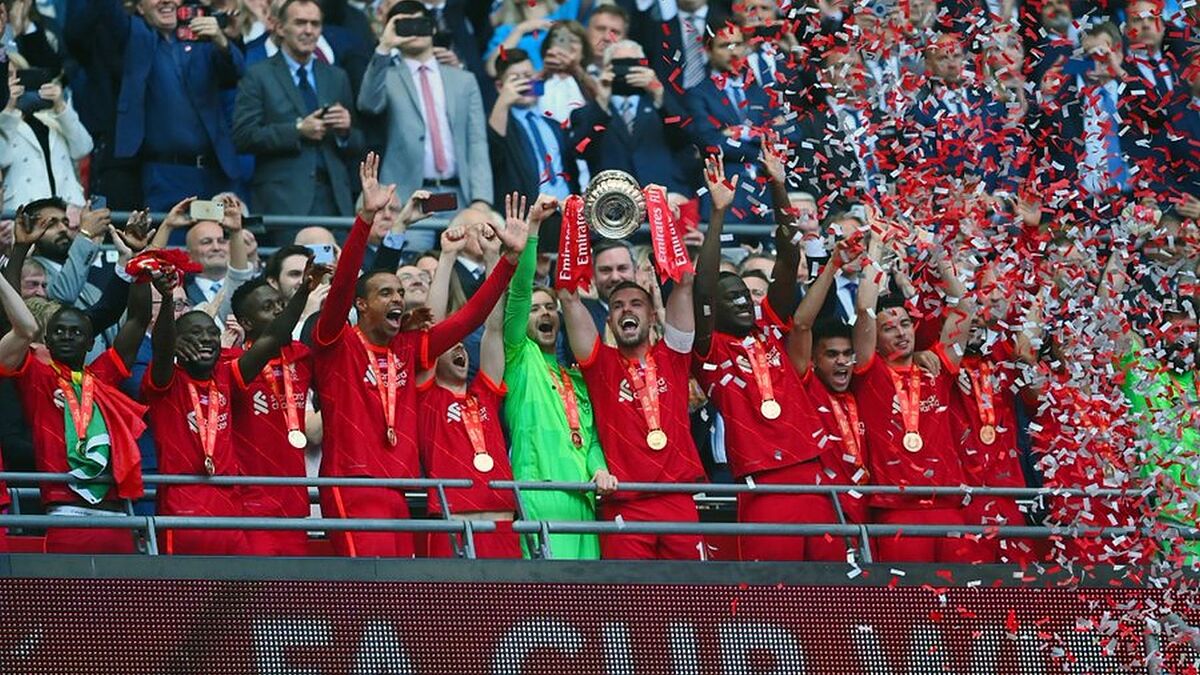 With their FA Cup triumph over Chelsea on Saturday evening, Liverpool‘s quadruple dreams live on this season.

Jurgen Klopp‘s Reds have already won both domestic cups in England, while the Premier League and Champions League are still up for grabs as well.

Liverpool were taken all the way to penalties by Chelsea at Wembley on Saturday, and not for the first time this season. Just three months earlier the two sides were also inseparable and needed a shootout to see the Reds come out on top in the Carabao Cup final.

Klopp will see his side play in every game that it was possible to play in at the beginning of the season, getting to the final of each of the three cup competitions they were part of, while the Premier League title race with Manchester City is set to run until the final day of the season as well.

After their 2019 Champions League win in Madrid over Tottenham, a lot of people chose to point fingers and ask questions of Klopp‘s side rather than praise them.

Despite having made it to the previous season’s Champions League final as well, only to fall to Real Madrid in Kyiv, the Reds’ shortcomings domestically were highlighted.

They had answers for that, though. They won the Premier League in 2019/20, and now they’ve already won a cup double this season, with the feeling that they are still only getting started when it comes to counting their 2021/22 winners’ medals.

Manchester City will now play away to West Ham on Sunday knowing that they need three points before Liverpool take on Southampton on Tuesday.

Real Madrid will have their hands full

Liverpool aren’t a team that anybody wants to face at the moment, but Real Madrid will have to get the better of them if they are to win a 14th Champions League.

Los Blancos, remember, have already won the Supercopa de Espana and LaLiga Santander this season, so Carlo Ancelotti would quite like a treble of his own.