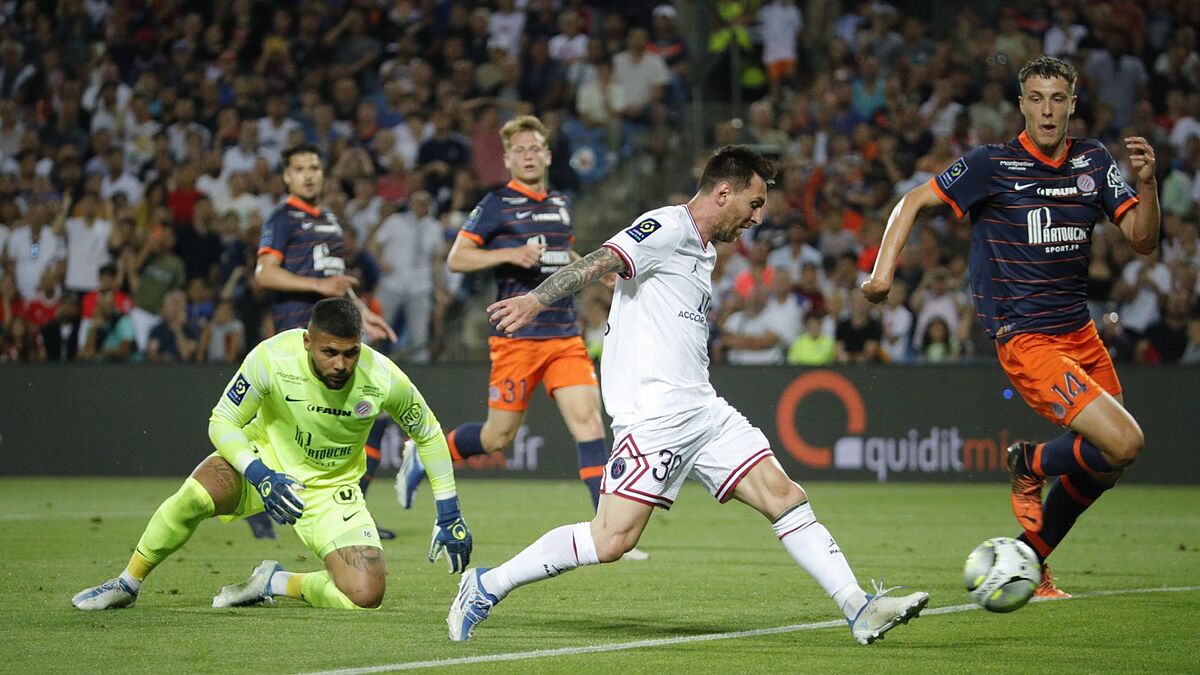 Paris Saint-Germain got back to winning ways on Saturday evening with a comprehensive 4-0 win away at Montpellier.

The Ligue 1 champions had drawn each of their previous three games – against Lens, Strasbourg and Troyes – but swatted their hosts aside on Saturday on Ligue 1’s penultimate matchday.

Lionel Messi started in attack alongside both Kylian Mbappe and Angel Di Maria, and each of the front three scored on the night.

The former Barcelona captain opened the scoring just six minutes in, firing a low strike into the bottom corner after cleverly quick play from himself, Mbappe and Di Maria.

Messi had his and PSG‘s second 15 minutes later, this time rounding the goalkeeper to finish a move that started all the way back with Gianluigi Donnarumma.

Di Maria added a third before even half an hour had been played. Mbappe did excellently out wide before crossing towards Messi, but the ball was deflected into Di Maria‘s path and he made no mistake in finishing.

Deserving of a goal, Mbappe finally got his name on the scoresheet on the hour mark. Awarded a penalty, Messi might have taken it to complete his hat-trick, but the Frenchman instead stepped up and dispatched.

PSG have long been French champions and sit 15 points clear of both Marseille and Monaco at the top with one game to play.