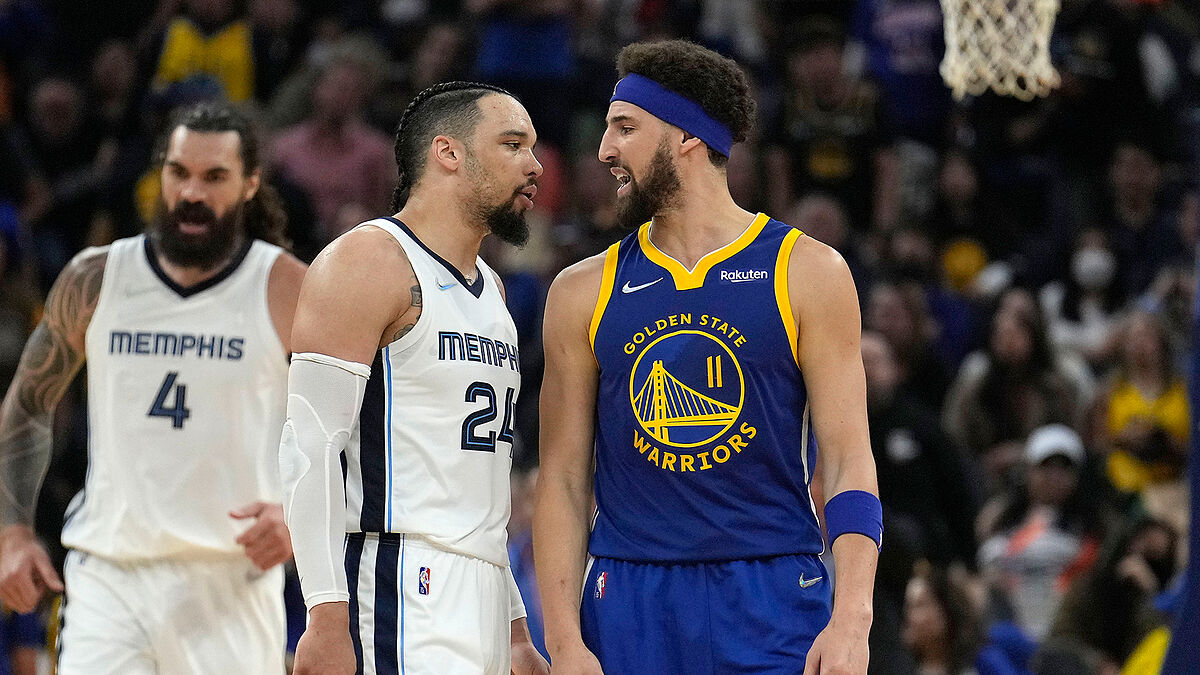 The Golden State Warriors finished off the Memphis Grizzlies on Friday night at Chase Center with another incredible Game 6 performance from Klay Thompson, who scored 30 points on 8-for-14 shooting from beyond the arc.

“Game 6 Klay” secured the Warriors’ spot in the Western Conference Finals and joined Ray Allen, Stephen Curry, and Damian Lillard as the only four players in NBA history with eight made threes in four different playoff games. In 2016, Thompson drained 11 triples against the Oklahoma City Thunder and in 2018, he recorded 35 points against the Houston Rockets in the WCF.

With no Ja Morant (injury) for Game 6, Memphis managed to keep the contest close until the fourth quarter, even leading by seven points early on in the night. Golden State outscored the visitors 32-19 in the final frame to reach the Conference Finals, where they’ll face the winner of Phoenix Suns vs. Dallas Mavericks.

Dillon Brooks scored 30 points for the Grizzlies in Morant’s absence and Desmond Bane added 25. Jaren Jackson Jr. was the only other Memphis player with double-figures in scoring.

For the Warriors, Andrew Wiggins scored 18 points and 11 rebounds, Draymond Green added 14 points and 15 rebounds, and Jordan Poole got 12 points off the bench. Kevon Looney only scored four points but contributed to the victory with 22 rebounds.

The Dubs outrebounded Memphis by 26 and 15 on the offensive end. Even though Warriors had 17 turnovers, the Grizzlies only scored 18 points off of turnovers and had eight less fast break points than the home side.

The last time Thompson played a Game 6 was in the 2019 NBA Finals against the Toronto Raptors, when he left the floor with a torn ACL. Thompson did not play for nearly two years and the Warriors did not reach the postseason during the two tournaments without him.