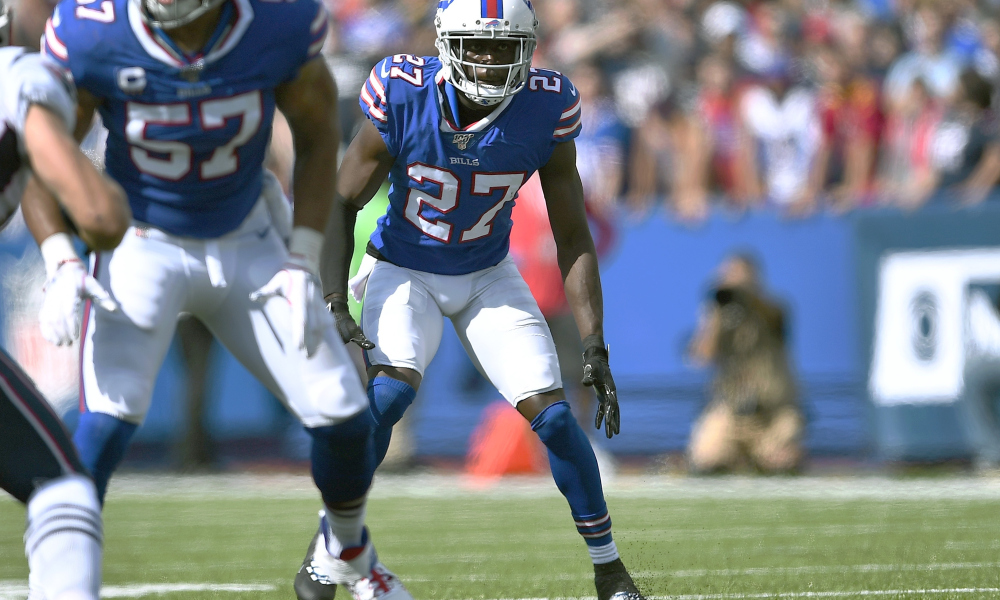 Buffalo Bills cornerback Tre’Davious White (27) lines up for a play against the New England Patriots in the first half of an NFL football game, Sunday, Sept. 29, 2019, in Orchard Park, N.Y. (AP Photo/Adrian Kraus)

With the offseason movement of free agency and the draft behind us, it’s time for NFL power rankings with a focus on the AFC.

Davis Mills is somewhat intriguing. The rest of the Texans’ roster is not.

The Jets did a ton this season to upgrade, but it really comes down to whether you believe Zach Wilson is going to take advantage of it all.

Jacksonville fired Urban Meyer, which that alone might be good for winning four more games. Add in Doug Pederson, and that’s progress.

In a conference loaded with star quarterbacks, you can’t rank any higher in the 2022 NFL power rankings when your situation involves Mitchell Trubisky and Kenny Pickett.

Mac Jones was a really fun storyline in New England for most of last season. Now? He’s about the 11th-best quarterback in his own conference.

Tua Time? It better be. The Dolphins gave Tua Tagovailoa huge help with receiver Tyreek Hill and left tackle Terron Armstead. Can he step up?

The Raiders fans will probably quibble, but the defense still lacks badly sans the edge rushers, and while Derek Carr is legitimately good, he’s the worst quarterback in his own division.

The Titans went from the No. 1 seed to ninth in the AFC power rankings and only lost A.J. Brown. Tough room, that AFC.

It’s impossible to rate the Browns without knowing what’s happening with Deshaun Watson, so they sit right in the middle.

The Colts did a nice job this offseason, bolstering the offense with quarterback Matt Ryan and then snagging corner Stephon Gilmore late in free agency.

Denver could be really good and contend for a Super Bowl, or be 8-9. It depends on how good first-year head coach Nathaniel Hackett is, and which version of Russel Wilson the Broncos are getting.

It’s time for the Chargers to make their move. The roster is loaded on both sides of the ball. Enough about potential. Step it up and win some big games.

Baltimore was ravaged by injuries last year. If the Ravens stay healthy, they’re going to win double-digit games and contend in the AFC.

The Bengals are getting undervalued after going to the Super Bowl in Cinderella fashion. The defense is very good and the offense has weapons galore.

Kansas City is retooling, but this is a team with Patrick Mahomes, Andy Reid, Travis Kelce, a great offensive line and a slew of intriguing young players. The Chiefs will be right there in January.

If the Bills can’t win it all this year, one begins to wonder when.