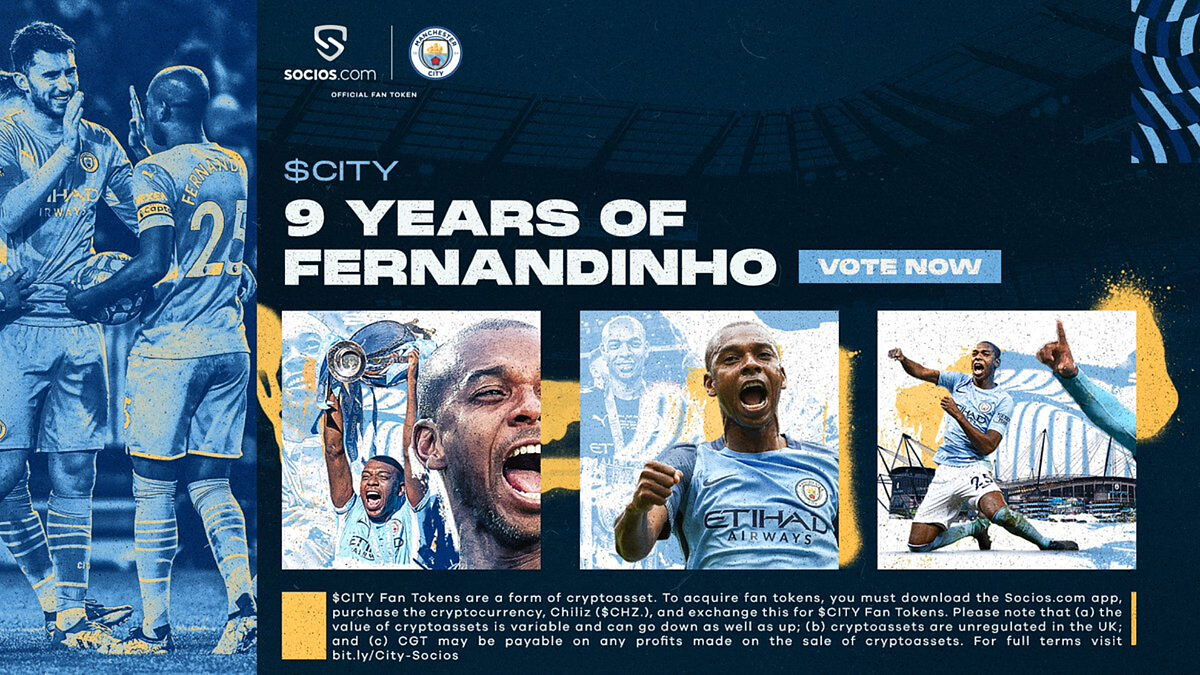 A legendary player in the history of Manchester City is set to leave the club. At 37 years of age, Fernandinho, who joined City from Shakhtar Donetsk in 2013, announced recently that he would leave the English club at the end of the season to return to Brazil and finish his career in his native country. He has 381 appearances to his name in the sky blue shirt.

Socios.com, the app that created Fan Tokens and also a partner of Manchester City, has decided to involve the fans in the farewell of the player. Through their app, they have asked fans to choose the design of the banner dedicated to celebrating Fernandinho’s nine seasons as a Manchester City player.

This will be displayed at the final home game of the season at the Etihad Stadium on May 22. This may coincide with the celebration of the 2021/22 Premier League. To vote you need to log in to the Socios.com app and be in possession of a Manchester City Fan Token, which is available for purchase on the app.

What are Manchester City Fan Tokens?

Manchester City FC (CITY) Fan Tokens are cryptographic assets that represent your right to vote in polls published by Manchester City on the Socios.com app. The more you vote in polls and interact, the more reward points you can earn. Reward points can be redeemed for amazing once-in-a-lifetime experiences, exclusive merchandise, games, leaderboards and more.