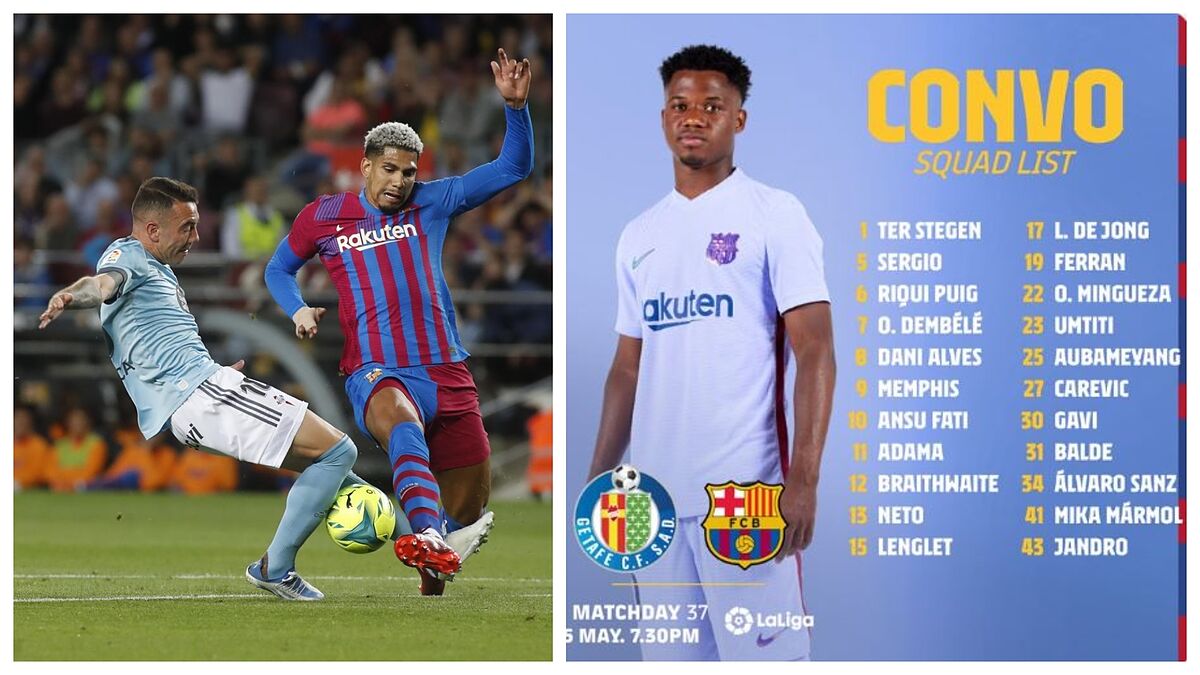 Ronald Araujo has been left out of Barcelona‘s squad for this Sunday’s game against Getafe at the Estadio Coliseum Alfonso Perez.

The Uruguayan was able to train normally in the last training session prior to the match against Los Azulones, but he has been left back in Catalonia as a precaution after the blow to the head that saw him withdraw from the match against Celta Vigo.

Araujo has, though, been called up by Uruguay to play three post-season friendly matches during the month of June.

Martin Braithwaite, who missed Saturday’s training session, will travel to Madrid, according to the club.

Five Barcelona B players in the squad

In the Barcelona squad that will travel to Getafe, Xavi Hernandez has included five players from the reserve team: Lazar Carevic, Alejando Balde, Mika Marmol, Alvaro Sanz and Jandro Orellana.

Jordi Alba, Frenkie de Jong and Eric Garcia will not be present away at Getafe due to suspension. The Catalan centre-back is also on the injured list, which is completed by Gerard Pique, Sergi Roberto, Sergino Dest, Pedri and Nico Gonzalez.