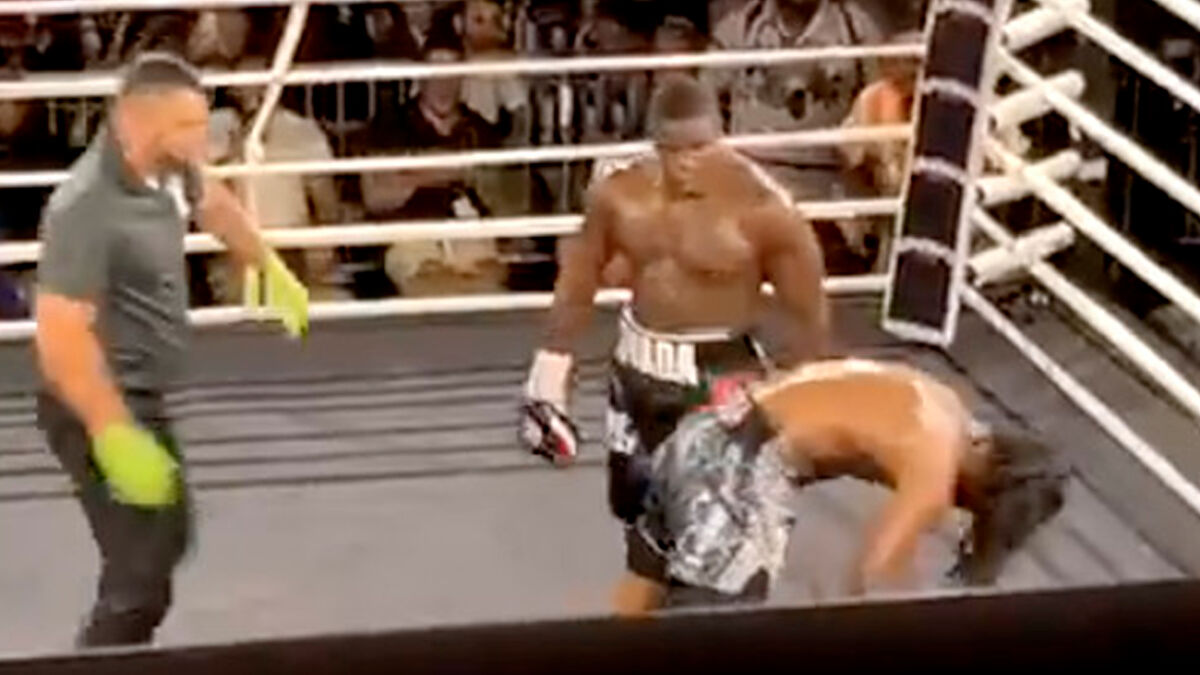 Former NFL running back Frank Gore made his professional boxing debut on his 39th birthday and sealed his first victory with a vicious knockout punch that sent Yaya Olorunsola to the canvas face-first.

Gore, 39, was the co-main event of Saturday’s Gamebred Boxing event that took place in Biloxi, Mississippi. He only needed four rounds to knock down Olorunsola, landing a combination before a big right fist that ended his opponent.

Even though this was Gore’s first professional boxing match, he had already fought in an exhibition match against former NBA star Deron Williams in December 2021 on the Jake Paul vs. Tyron Woodley 2 card. It was an entertaining battle that finished with Williams on top via decision.

The 16-year NFL veteran, who spent most of his football-playing days on the San Francisco 49ers, retired from the gridiron earlier this year with the third-most rushing yards in league history. Gore also played for the Indianapolis Colts, Miami Dolphins, Buffalo Bills, and New York Jets, making the Pro Bowl on five occasions.