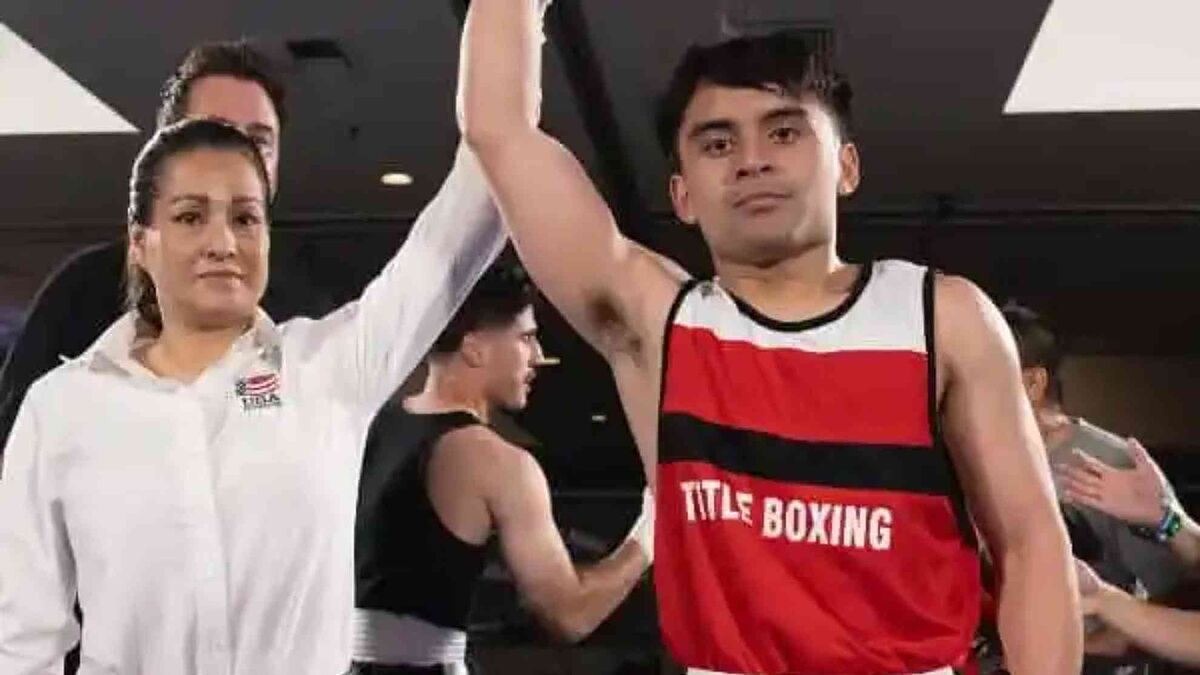 This May 12, at the incredible Quiet Cannon Montebello Country Club, the son of the Filipino legend, Emmanuel Pacquiao Jr., made his second fight as an amateur on the Hollywood Fight Nights card, where once again, he managed to win in front of dozens of fans who were thrilled to see him in the ring.

It should be noted that although he failed to knock out his opponent, Pacquiao Jr. managed to land several power punches to his rival, taking him to the maximum in the fight. It was the judges who decided to give him the victory and thus keep his undefeated record intact.

He goes step by step

On the other hand, once the fight was over, Pacquiao Jr. said he was very happy with his performance and thanked everyone present for supporting him in this important fight for him, since his rise to professional boxing is undeniable and only time will tell if he will be able to surpass his father, Manny Pacquiao.

He is compared to his father

One of the most striking things is the style of Emmanuel Pacquiao Jr. in the ring, as several former fighters and some fans have assured that the new Filipino promise has the same skills of Manny “Pacman” Pacquiao in the ring, those that made him be considered one of the best boxers in history.

As if that were not enough, Pacquiao Jr. said he was very flattered to be compared to his father, since, for him, Manny Pacquiao means everything in his life and is his greatest idol, so even though his career is just beginning, it is very motivating to see the same style that his father forged for several years.