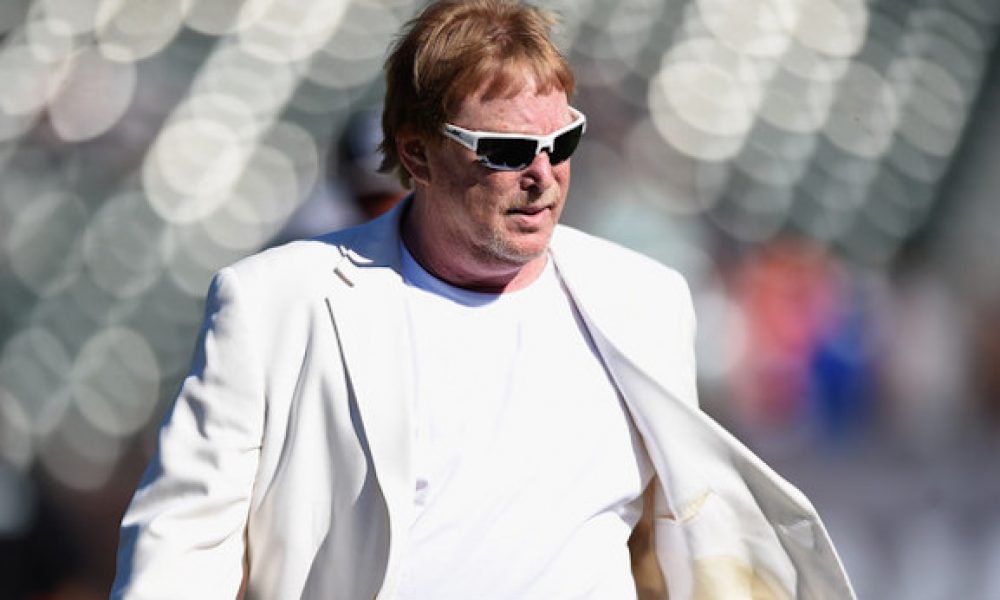 The Raiders have seen a ton of turnover within the organization over the past year, with a new head coach and general manager heading into this season. However,  things behind the scenes have been seemingly rocky for a while.

According to the Times, many senior executives have left in the past year with little or no public or private explanations as to why. After Davis hired a consulting firm to assess the organization, former president Marc Badain exited last July, while CFO Ed Villanueva and controller Araxie Grant left soon after. Davis attributed those exits to issues on the business-side of the organization.

“I think it’s pretty much clear now, or I don’t know if it is clear now, but it was pretty much accounting irregularities,” Davis said in October. “That’s why the CFO left, the controller left and the president left, that’s what it was.”

However, turmoil within the organization dates back to before it moved to Las Vegas. According to the report, the Raiders had to pay $1.25 million to cheerleaders who sued the team for “paying them less than the minimum wage during the 2010 to 2013 seasons.”

Additionally, the team actively tried to avoid paying its employees overtime. Nicole Adams, a former Raiders human resources employee, said it was part of her job to design job descriptions that would discourage employees from filing for overtime despite working long hours. She said she was told former president Dan Ventrelle “wanted it done.”