Gareth Bale‘s agent has confirmed the forward will leave Real Madrid this summer but will wait to make a final decision on his future until Wales’s World Cup fate is sealed.

The Welshman’s contract at the Santiago Bernabeu is set to expire on June 30 and he is now set to depart Los Blancos at the end of the season as expected after nine years with the club.

However, the 32-year-old is yet to make a decision on his future in the game after his exit from the Spanish capital, with retirement an option. 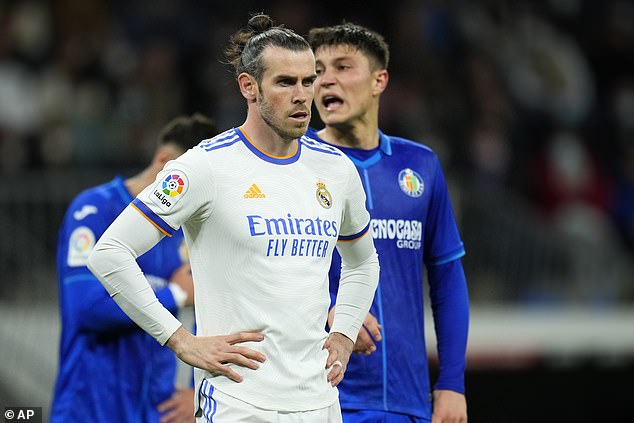 See also  Kylian Mbappe has been 'kidnapped for money' in re-signing for PSG, blasts Joan Laporta

Bale’s agent, Jonathan Barnett, revealed the player’s decision on his future will be based on whether Wales make it to Qatar or not.

In an interview with Record via Marca, Barnett said: ‘Gareth is leaving Real Madrid, but we have to wait for what Wales does.

‘It all depends on whether his team qualifies for the World Cup, then we will make a decision, which may vary if Wales goes to the World Cup or not.’

Wales – who Bale captains – will play their World Cup play-off final against either Scotland or Ukraine in Cardiff on June 5. 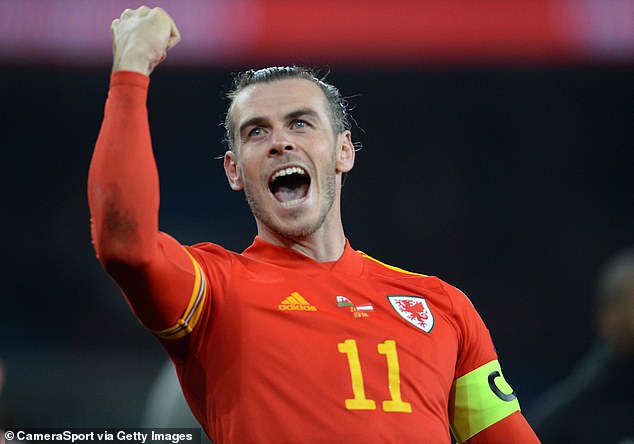 Bale joined Real for a world-record fee in 2013 and has won an incredible 15 major trophies, including four Champions Leagues.

However, his future at the club has been clear for a while as he was always expected to leave at the end of the season after making just seven appearances for Carlo Ancelotti’s side this term.

Bale is facing a battle to play again for the Spanish champions before his exit after sustaining his seventh injury blow of the season last month.

He was the only player absent from Real Madrid’s title party at the Bernabeu after missing their 4-0 win over Espanyol with a back problem on April 30. 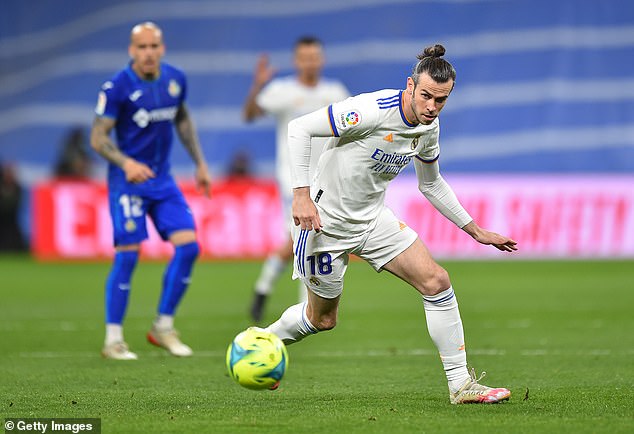 Los Blancos face Real Betis in their final LaLiga game of the season on Friday before a Champions League final showdown on May 28.

Bale’s commitment to the Wales national team as been a point of conflict between him and the Spanish press in recent years.

He was slammed for his perceived poor commitment to Real Madrid and a preference for international football with Spanish outlet Marca branding him a parasite in March.

Bale appeared to be fired up by the comments after producing a virtuoso display for Wales by scoring a brace in Wales’s 2-1 win over Austria to help his country advance to within 90 minutes of a first World Cup finals since 1958. 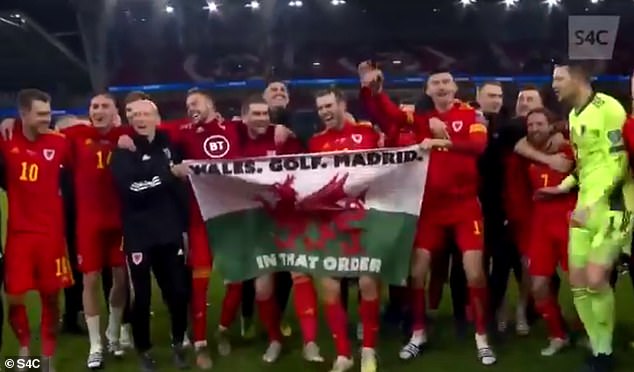 Bale was seen with a Welsh flag with the lyrics to the song ‘Wales. Golf. Madrid’ in 2019

Previously, Bale came under fire for singing and dancing with a fan’s Welsh flag bearing the words ‘Wales. Golf. Madrid. In that order.’ in 2019, suggesting where his priorities lie.

The Real Madrid outcast was seen celebrating with his team-mates after Wales sealed their qualification for Euro 2020 with a win over Hungary.

Spanish media outlets slammed Bale for the move, with Marca claiming the winger’s actions were ‘Disrespectful. Wrong. Ungrateful. In that order.’