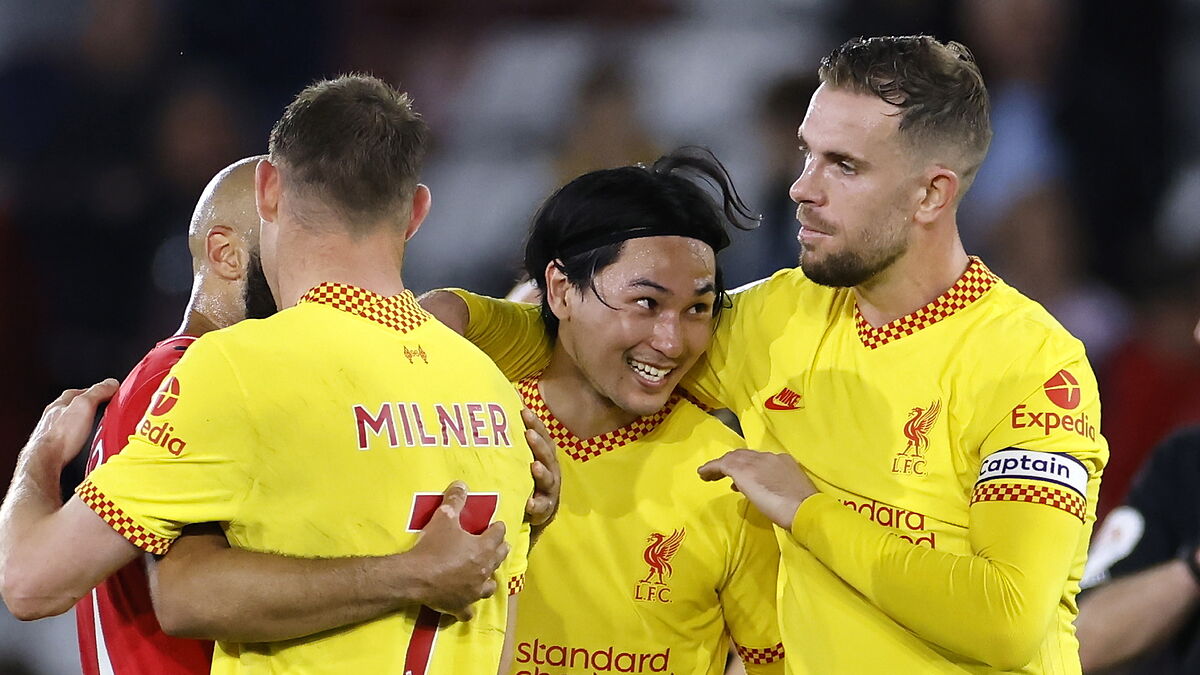 Liverpool have ensured that the 2021/22 Premier League title race will go down to the final day of the season after beating Southampton 2-1 on Tuesday night.

The victory at St Mary’s, which was Liverpool‘s game in hand over league leaders Manchester City, puts the Reds just one point behind the Citizens ahead of the last round of games on Sunday.

Jurgen Klopp‘s men knew they had to win to stay in it and the game almost had the feeling of a semi-final as they sought to give themselves a chance and a shot at the title, although he did take a risk by making nine changes to his starting XI that beat Chelsea in the FA Cup final on Saturday.

They had to come from behind to keep the dream alive, however, as the hosts took the lead in the 13th minute when Nathan Redmond cut in from the left and fired into the far top corner.

Manchester City‘s cheers were short-lived, though, as Liverpool had equalised less than 15 minutes later when Takumi Minamino thumped home from close range.

Liverpool dominated the second half as they probed and tried to find a way through a Southampton side who were keen to go for the win themselves.

The winner eventually came from a set-piece and a Joel Matip header in the 67th minute. From then on the visitors looked reasonably settled, despite a late resurgence from the Saints.

Now, it all goes down to Sunday at 17:00 (CET) when the last games of the campaign get underway. If Manchester City beat Aston Villa at home, they will be champions.

If the Citizens slip up and drop any points, however, Liverpool could overtake them at the last if they beat Wolves at Anfield.

City remain firm favourites, but it’s sure to be an exciting climax to the season and even if nothing changes on the final day, Liverpool have made it an excellent race.