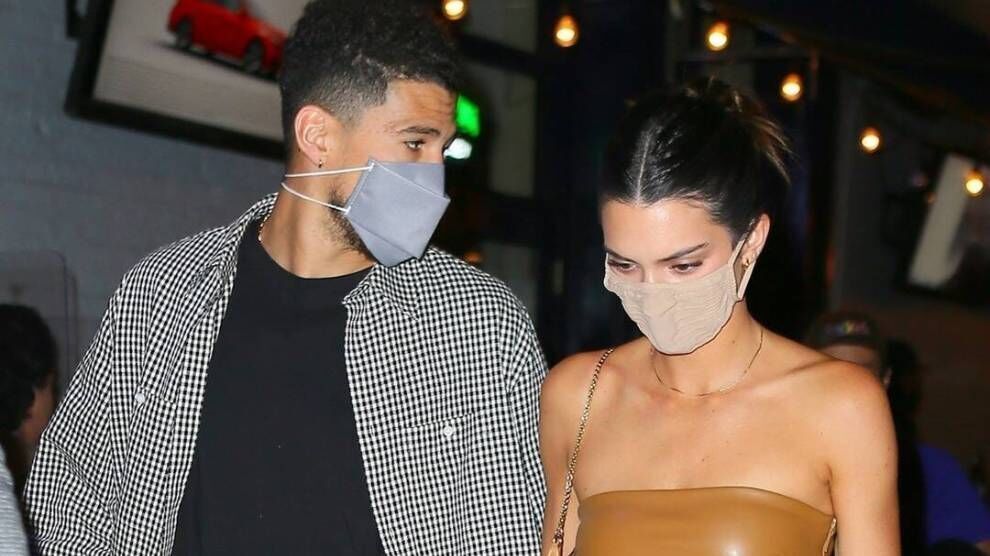 Everything went very badly wrong for the Phoenix Suns in this year’s NBA playoffs, and the Kardashian and Jenner families are taking the blame from some.

Suns star Devin Booker was one of the many players who lost form at the worst time, and people are putting it down to an apparent break-up with his girlfriend, Kendall Jenner.

The two had been dating for a while, but Phoenix‘s loss to the Dallas Mavericks is being labelled as the latest in a long line of things associated with the so-called ‘Kardashian curse’.

Are Devin Booker and Kendall Jenner still together?

Some whispers suggest that Booker and Jenner split just before the beginning of the playoffs, and some are using her not being in attendance as evidence.

On a number of occasions throughout the regular season, Jenner had been seen at Suns games in support of Booker.

Jenner hasn’t been seen at a Suns game since April, though, adding fuel to the fire of rumours. Last year, she posted photos from games during the playoffs.

Some other rumours suggest that the couple are currently on a break, though they have not officially separated.