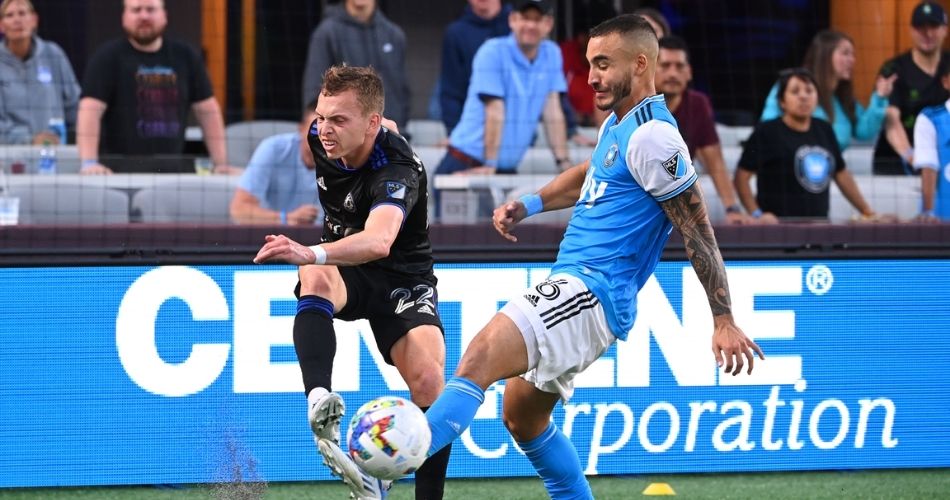 The Vancouver Whitecaps will visit Bank of America Stadium in North Carolinahoping to carry their just found momentumto face Charlotte FC on Sunday. Kickoff set for May 22, 2022 14:00 EAT.

Charlotte FC is in the Eastern Conference at the 9th spot on the standing with 13 points from 12 games. They won 4 times in the league while drew once and lost on 7 other occasions.Over their past 6 fixtures, Miguel Angel Ramirez’s men have netted a combined total of 9 times which gives them an average number of goals per match equal to 1.5.

Charlotte FC will be looking for an improved result here after a 0-2 MLS defeat last time out to Montreal Impact.In that game, Charlotte FC managed 56% possession, 15 shots 4 of them on target.Montreal Impact got 13 shots at goal with 3 on target and goals scored by Djordje Mihailovic (45′) and Alistair Johnston (67′).

Meanwhile, Vancouver Whitecaps is at the at the rock bottom of Western Conference closing the 14th position on the table with a mere 11 points from 11 matches played.They won only thrice while drew on 2 and lost on 6 other occasions. In their last six matches, we’ve had goals 20 timesyielding a mean average of 3.33 goals per clash. Their opponents have managed 11 from this total.

This will be the first competitive encounter between these two teams.

Miguel Ángel Ramírez will miss the service of Vinicius Mello and Chris Hegard due to injuries.

VanniSartini will be without the services of Caio Alexandre and Thomas Hasal due to injuries.

Things have not been going that well in front of goal for Charlotte recently, with the side failing to score in 3 of the last 5 games. They snapped their 4-game winning streak at home in the previous schedule to Montreal. Vancouver Whitecaps has put together a good run of form and has now gone 4 games without defeat across various competitions.