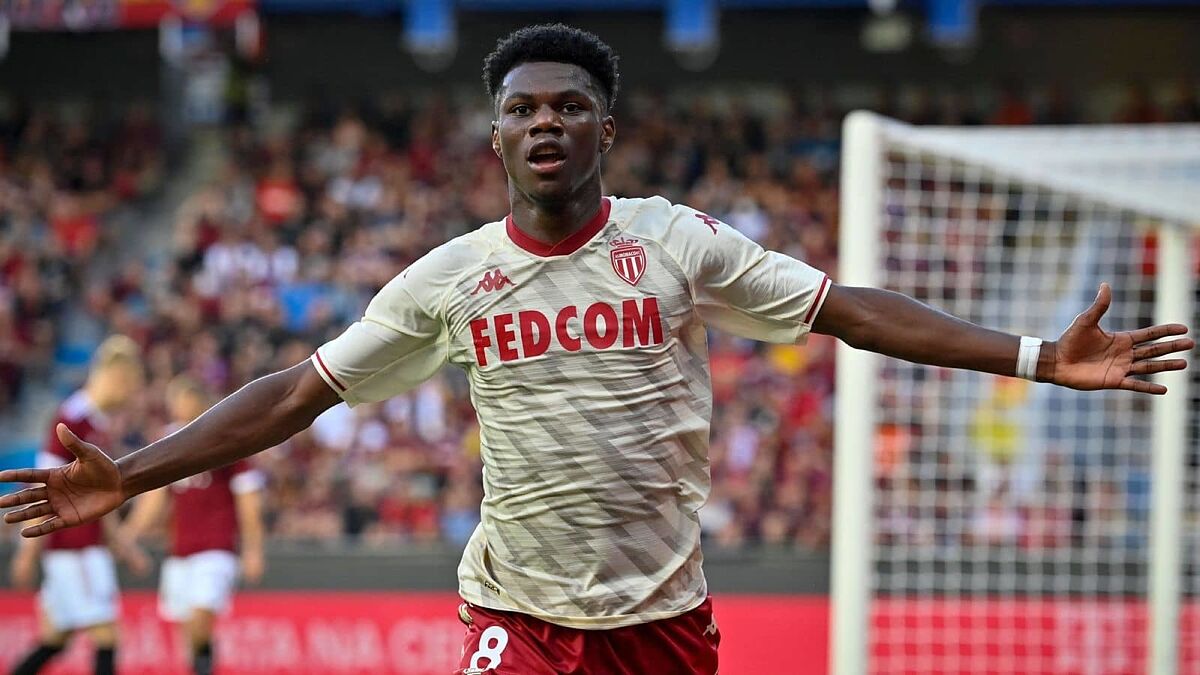 Real Madrid consider Monaco‘s asking price of 80 million euros excessive for Aurelien Tchouameni and some negotiating will have to be done.

Real Madrid were the first of the European giants to show an interest in the French international midfielder, but the priority has headed to the attack after the failure to sign Kylian Mbappe.

In fact, for weeks Tchouameni himself set his sights on the Premier League when Real Madrid asked him to wait one more season at Monaco, something the French international ruled out completely.

Tchouameni will not remain a Monaco player. His desire for a change of scenery is more than just a reality and he has told both the directors of the Principality club and his teammates.

The French league has become too small for him and his aspiration is to be present in stronger and more promising competition.

There are three teams that are in the fight for his signature and two will coincide on the pitch of Saint-Denis this Saturday in the Champions League final.

They are, of course, Liverpool and Real Madrid. A third team in the race is PSG, who are looking to strengthen their midfield in view of the likely departure of players such as Argentine Leandro Paredes.

The fact is that both the player and Monaco seem to be in a hurry to solve the midfielder’s future.

Accustomed to selling and getting a lot of money for their stars, in the Principality they know that Real Madrid have money and hence their perhaps exaggerated request.