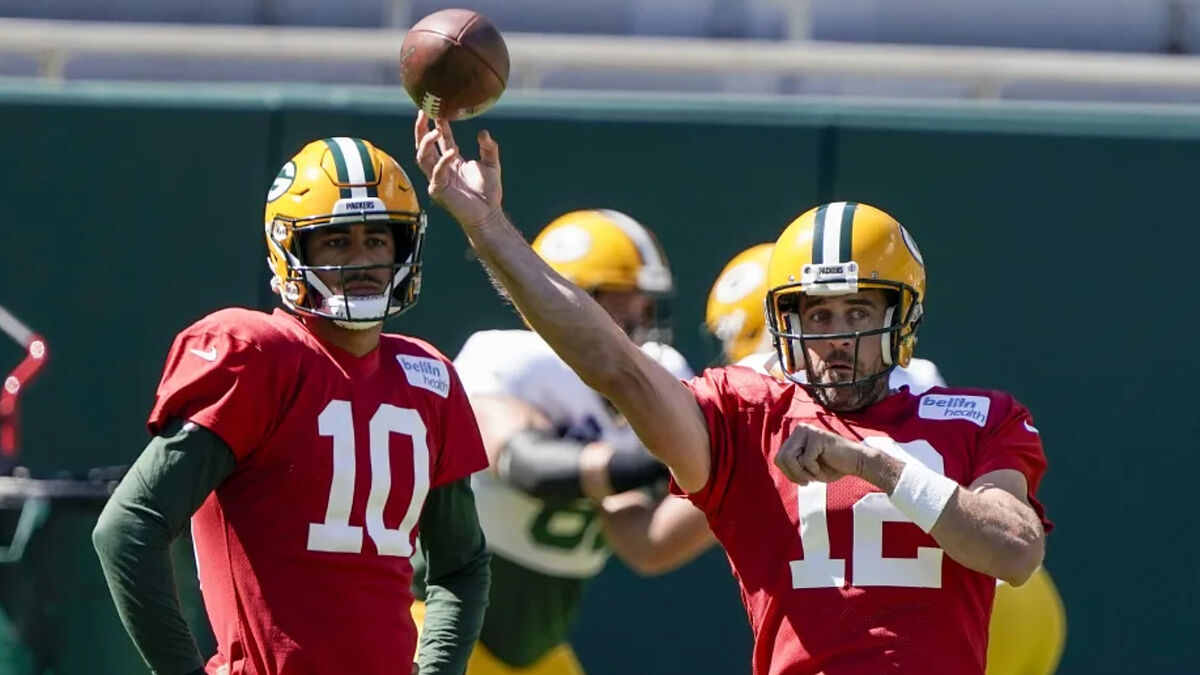 Aaron Rodgers‘ mega-extension this offseason might have been good news for the Green Bay Packers‘ Super Bowl chances, but it was bad news for backup Jordan Love, though he’s not mad, but congratulates the Wisconsin franchise legend.

Green Bay traded up to select Love in the 2020 first round, presumably with the idea that he would eventually replace Rodgers. With Rodgers now under contract through 2024, that doesn’t seem likely to happen.

Today, Love addressed his situation with reporters and admitted that while he’s disappointed to be a backup for another season, he was “happy” for Rodgers.

“Obviously, the guy deserves it [with] what he’s done the last two years,” Love said, via Fox 11 Green Bay’s Nicole Manner. “But personally for me, it just means I’m about to be a backup again, for this year. And that’s all I can control at this point. So I was happy for Aaron, but at the same time it’s like, ‘ah. You know?“

Love won’t move on from backup for Packers

For the time being, Love will have to settle for being the No. 1 quarterback during voluntary offseason workouts, which Rodgers skips.

See also  Everything you need to know before UFC 273