Pierre-Emerick Aubameyang may have taken to life at Barcelona with aplomb, but footage of the Gabonese striker in Sydney shows he still very much cares about his former side Arsenal.

Arsenal controversially let Aubameyang, 32, leave the club for free in January after the former captain had been frozen out by boss Mikel Arteta after a series of misdemeanours.

The Gunners, having failed to replace Aubameyang with No 1 target Dusan Vlahovic, were left to rue that decision as they were pipped to fourth place by North London rivals Tottenham. 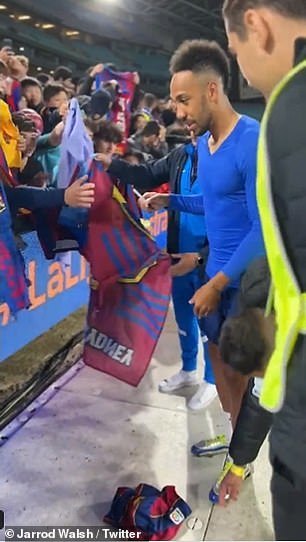 Meanwhile, Aubameyang has not looked back since moving to the Nou Camp, scoring 11 goals in 17 appearances for the Catalans to help haul Xavi’s side up to a second place finish.

Barcelona are currently on a post-season trip to Australia, where they will face an A-League All Star side in Sydney, but footage of Aubameyang shows he holds no ill will towards his former club.

After a training session at Accor Stadium, Aubameyang approaches a group of fans with a pen at the ready to sign a legion of Barcelona shirts, but one familiar jersey catches his eye. 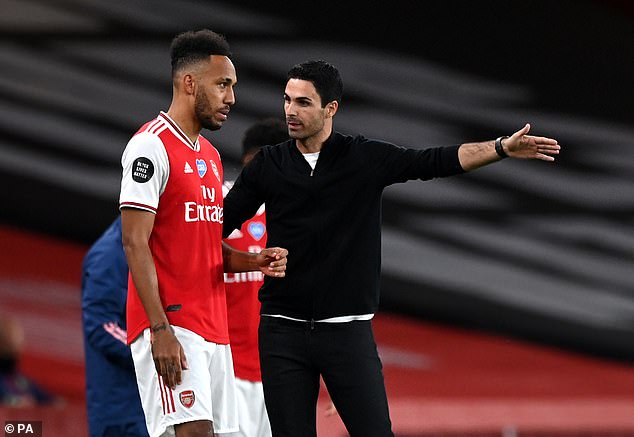 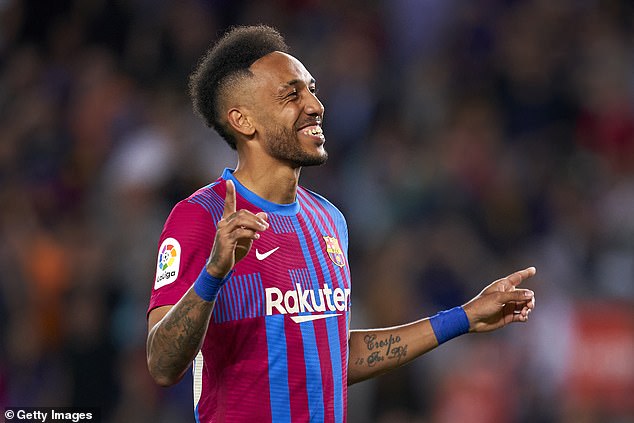 The 32-year-old skips a number of fans and stops in front of an Arsenal supporter to sign his red and white kit.

Arteta’s decision to let Aubameyang leave mid-season has come back to haunt him and a number of Arsenal fans have blasted the Spaniard for his costly error.

Former Good Morning Britain presenter Piers Morgan has been a vocal critic of the Gunners boss and has ardently backed Aubameyang in the rift that has divided Arsenal fans. 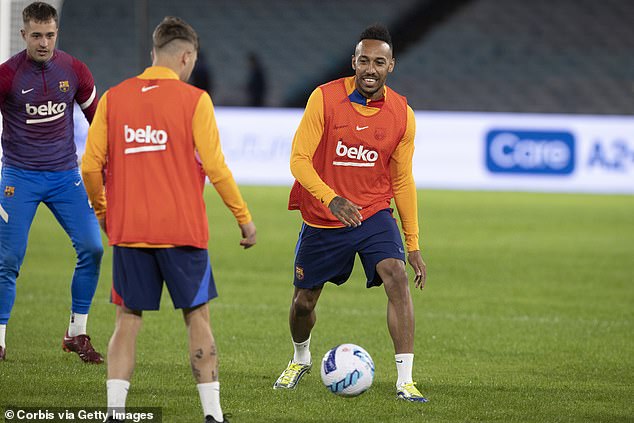 However, after a training session in Sydney he made the effort to sign an Arsenal shirt

‘Arsenal fans have spent the past 2hrs gloating about why we’re so much better without Aubameyang & they’re so glad he’s gone,’ he tweeted back in March.

‘Meanwhile, he just scored his 6th goal in 9 games for Barcelona, which includes 5 goals in 6 La Liga games. I miss you @Auba.’

However the Gabonese responded: ‘Thanks Piers but Sometimes everyone benefits from a separation most important is that everyone is happy now. And we had good times that I will don’t forget.’