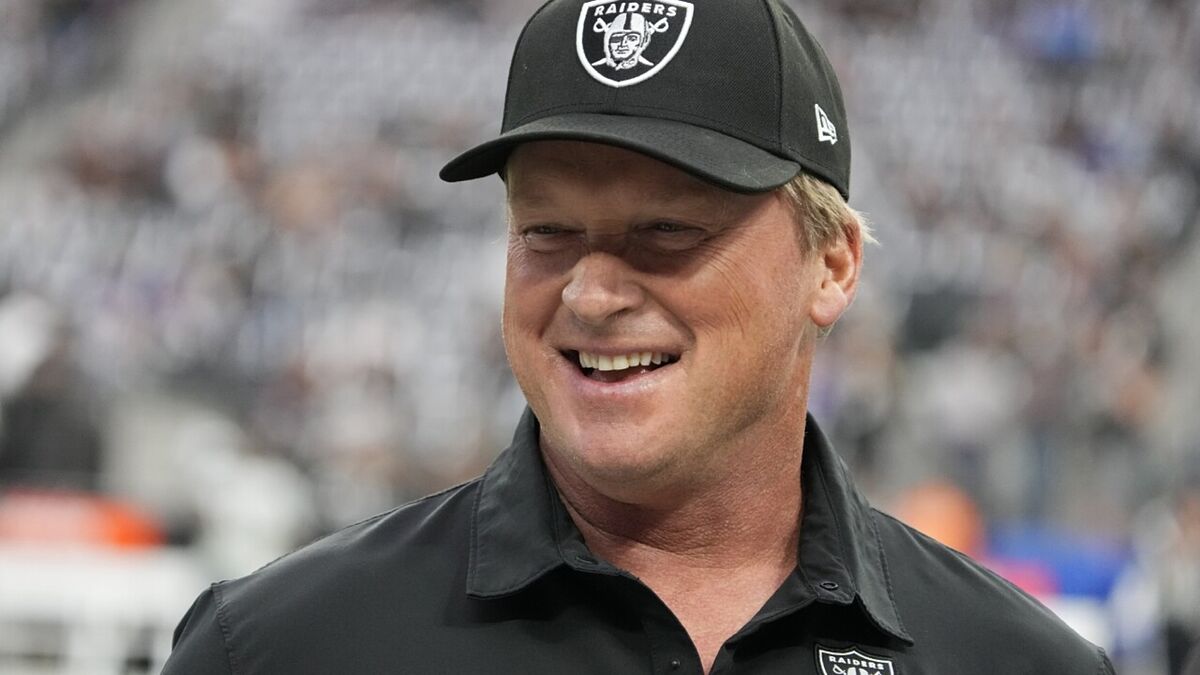 According to Front Office Sports, former Las Vegas Raiders head coach Jon Gruden won a couple of victories in a Nevada court on Wednesday, when Judge Nancy Allf denied the NFL’s motions to dismiss his lawsuit against the league and to force the issue into arbitration.

The Super Bowl champion coach claims the NFL and commissioner Roger Goodell orchestrated a “malicious and orchestrated campaign” to leak inappropriate emails sent by him between 2010 and 2018.

Following the court’s decision on Wednesday, the NFL issued a statement to FOS stating that neither the league nor Goodell leaked Gruden’s emails to the media.

“We believe Coach Gruden’s claims should have been compelled to arbitration, and we will file an appeal of the Court’s determination. The Court’s denial of our motion to dismiss is not a determination on the merits of Coach Gruden’s lawsuit, which, as we have said from the outset, lacks a basis in law and fact and proceeds from a false premise – neither the NFL nor the Commissioner leaked Coach Gruden’s offensive emails,” read the NFL’s statement.

Why is Gruden suing the NFL?

Gruden resigned as Raiders head coach in October after several damning emails were leaked to the media.

The Wall Street Journal reported in 2011 that Gruden used a racial trope to criticize NFLPA executive director DeMaurice Smith in emails recovered during the league’s investigation into the Washington Football Team.

“Defendants leaked a carefully curated selection of Gruden’s emails, sent years before the Raiders hired him, to its customary outlets for leaking information to the media: the Wall Street Journal and the New York Times,” Gruden’s attorneys wrote in a March filing.

“Defendants then purposefully leveraged these emails to force Gruden to resign, and ultimately caused Gruden to lose his coaching career, endorsements, and sponsorships,” continued the attorney.

The fact that Judge Allf denied the NFL’s motion to send the case to arbitration is a significant development. This means that not only will the case be heard in court, but a trial could reveal who exactly was behind the leak, as well as other unflattering information.

“We are going to let the process take care of itself,” Gruden said outside the courtroom. “Good luck to the Raiders. Go Raiders. I don’t have anything else to comment on.”