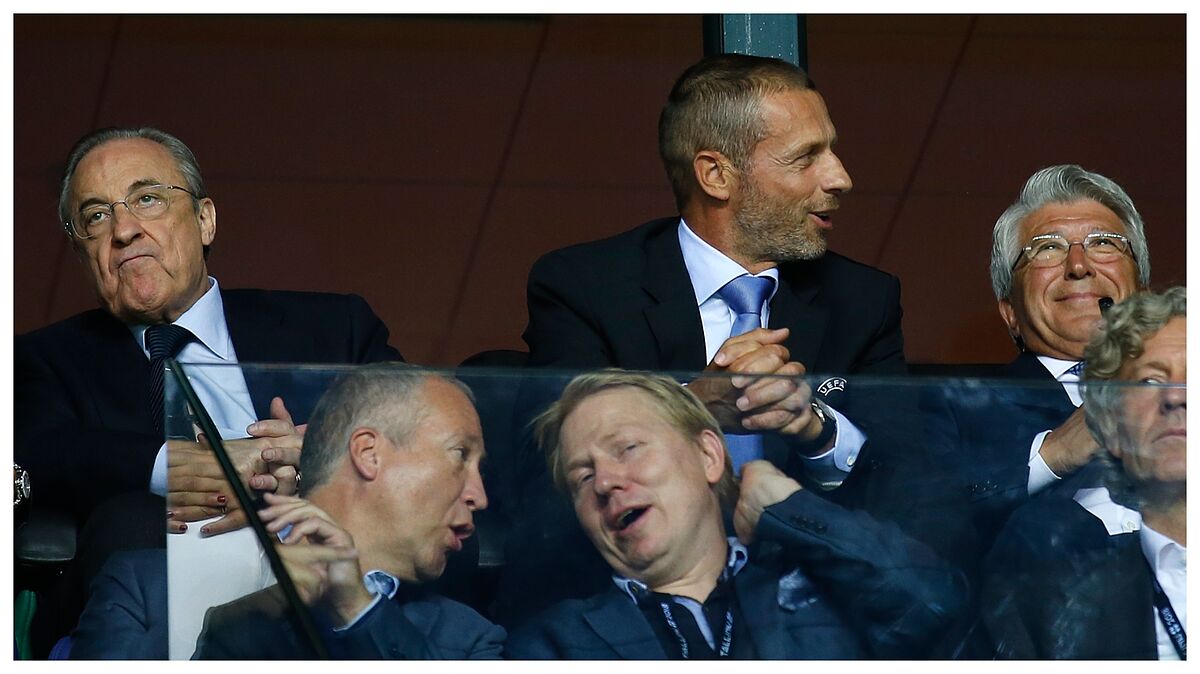 They were not close friends before, but since the European Super League conflict broke out UEFA president Alexander Ceferin and Real Madrid chief Florentino Perez have not seen eye to eye.

Neither have seen each other’s face since then, as the UEFA leader has reiterated messages questioning the Real Madrid president for his decision to break with the established order of the competition.

In June, both have a date in court, but the Champions League final between Liverpool and Real Madrid will bring about a new meeting between the pair.

The official dinner for the final of Europe’s top club competition will bring together the presidents of UEFA and Real Madrid, something that has not happened in the last two years, first because of the COVID-19 pandemic and then because of the move to announce the creation of the Super League.

As a result of the move, UEFA opened disciplinary proceedings against the teams involved, but a Madrid court ordered interim injunctions that would have ruled out any penalties, something that was recently suspended by a decision of the same Madrid court.

The process, apart from precautionary measures, is awaiting the European Union court’s ruling on the possible monopoly exercised by UEFA over the competition, as denounced by the Super League. The move has been described by Ceferin himself as “an attempt by a few oligarchs to take over the world of football.”

A reunion with two chapters

At this stage, UEFA could reopen the case that it abandoned as soon as the courts demanded it. No movement is expected, at least in the coming weeks.

Rumours have gone all over the place, but no one expects Ceferin, or rather the UEFA sanctioning body, to drop three teams such as Real Madrid, Juventus and Barcelona.

The UEFA president knows he has many issues to discuss with Florentino Perez, but he has stated a thousand times that he will not be the one to ask for a meeting with Real Madrid. The reunion will have two chapters – first at the dinner on Friday and then in the presidential box on Saturday afternoon – but no conciliatory gesture is expected from either side.

The Super League project, as the officials say, is still on the table, but what seems clear is that the two sides are far from coming closer together and are still far apart.

At least until Saturday at the stroke of midnight, the important thing should be the Champions League final and the resolution of a competition in which the two best teams have reached the final match, as the previous knockout rounds have shown.