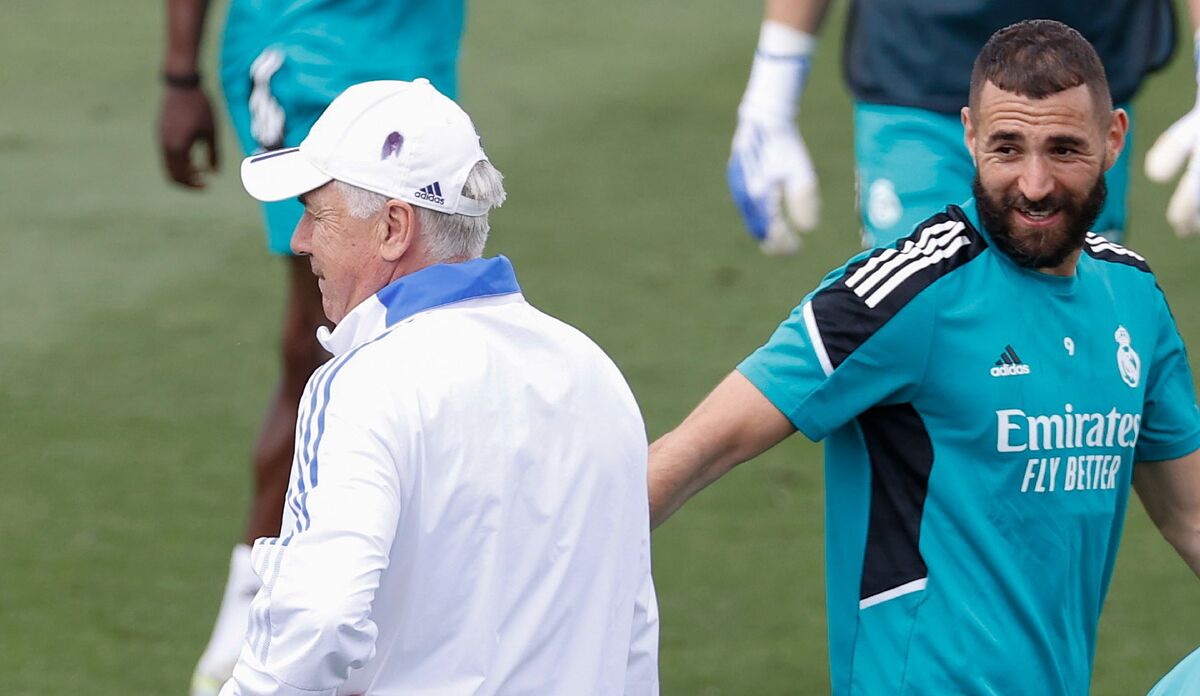 Carlo Ancelotti has repeatedly stated that the key to Real Madrid‘s success lies in the humility of the players.

No one has raised their voice during the season and everyone, whether they have won four Champions League trophies or have yet to play in the final of Europe’s biggest club competition, have put their football and their desire to write Real Madrid‘s history at the heart of the group.

There is total harmony and the days leading up to the final have served to demonstrate this once more. The coach has decided to listen to the players, as he wanted to know what they think of the final and of Liverpool.

He acknowledged as much in Tuesday’s press conference when he said that perhaps they should be the ones to tell him how to play a game like this, given their experience.

Ancelotti has always leaned on his players and this occasion was no exception. At the media open day, the Italian could be seen talking to Casemiro, one of his most trusted players on the pitch. He wants to listen to his players, to have a big sit-down and gather their ideas. The decision on how to play will always be his.

Videos of the comebacks

The example is that the coach does not hesitate to look for support, to look to his players in case of any doubt.

See also  NBA Play-in Scenario: What do the Spurs have to do to send the Lakers to hell?

Another of the areas that the Real Madrid coach likes to touch on is the emotional side of things.

On the morning of the match against City, the coaching staff decided to show the squad a video of the club’s great comebacks, some of them featuring the same players who had to overcome Pep Guardiola’s team hours later.

On Saturday, they will again watch a video that will remind the players of all they have been through before the final.

In terms of how they have prepared for the final, the week has been a quiet one, but with a lot intensity in the day-to-day work.

Intensity and strength on Tuesday, set pieces on Wednesday, both defensively and offensively, before they finished off with tactical movements at Valdebebas on Thursday morning, like the one shown against City at the start of the second half and inspired by Andoni Iraola’s Rayo Vallecano.

The trip to Paris and the stay in the luxurious hotel chosen for the occasion will be with Florentino Perez at the helm.

The president wants to be with the coach and players from the start of the trip and, although he will attend the dinner organised by UEFA on Friday, he wants those who are going to fight to win Champions League number 14 to feel supported to the extreme. The hotel will be fully booked for Real Madrid, something that did not happen in the last final.