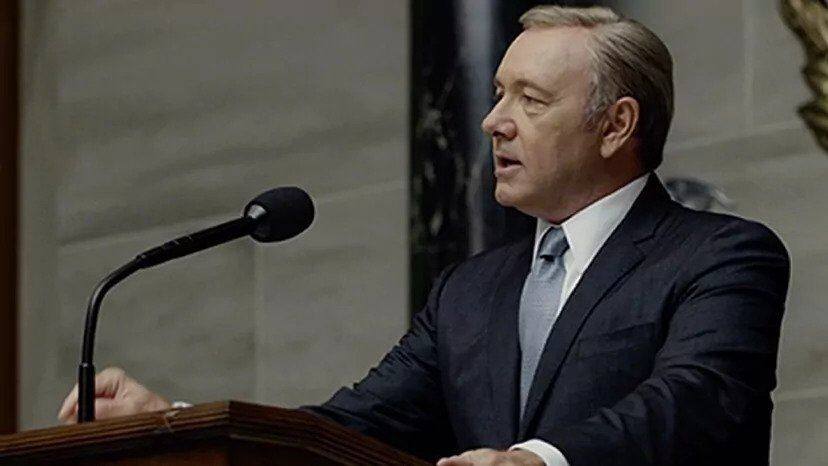 Controversial figure Kevin Spacey is undoubtedly one of the most talented actors of his generation after his performances in the films ‘Swimming with Sharks’ (1994), ‘Seven’ (1995), and ‘American Beauty’ (1999).

Spacey has collaborated with some of the best actors throughout his career such as Morgan Freeman, Brad Pitt, Ansel Elgort and Emma Roberts.

A number of roles in theatre, television, and film productions have won him considerable praise and countless awards.

Spacey’s net worth from his days as an actor, director, screenwriter, and producer is around 100 million dollars.

He began his career as a stage actor during the 1980s, obtaining supporting roles in film and television.

Spacey’s first roles in film were in Heartburn (1986), and Working Girl (1988) which sparked a career spanning over three decades.

How much did Spacey make per episode on House of Cards?

The 2010s were all about House of Cards for Spacey. Starting in 2011, he played Frank Underwood until 2018 when he was forced to leave the cast due to sexual assault allegations.

In 2013, Spacey was also a producer on the show and although it’s not officially known how much he earned on each of the 73 episodes, he was earning a peak salary of 20 million dollars per year from the series.

The 62-year-old was nominated for a Grammy Award and for 12 Primetime Emmy Awards. He received a star on the Hollywood Walk of Fame in 1999.

His leading role in House of Cards saw him win a Golden Globe Award for Best Actor – Television Series Drama and two consecutive Screen Actors Guild Awards for Outstanding Performance by a Male Actor in a Drama Series.

Spacey also had five consecutive Primetime Emmy Award nominations for Best Actor in a Drama Series for the show which ran from 2011 to 2018.