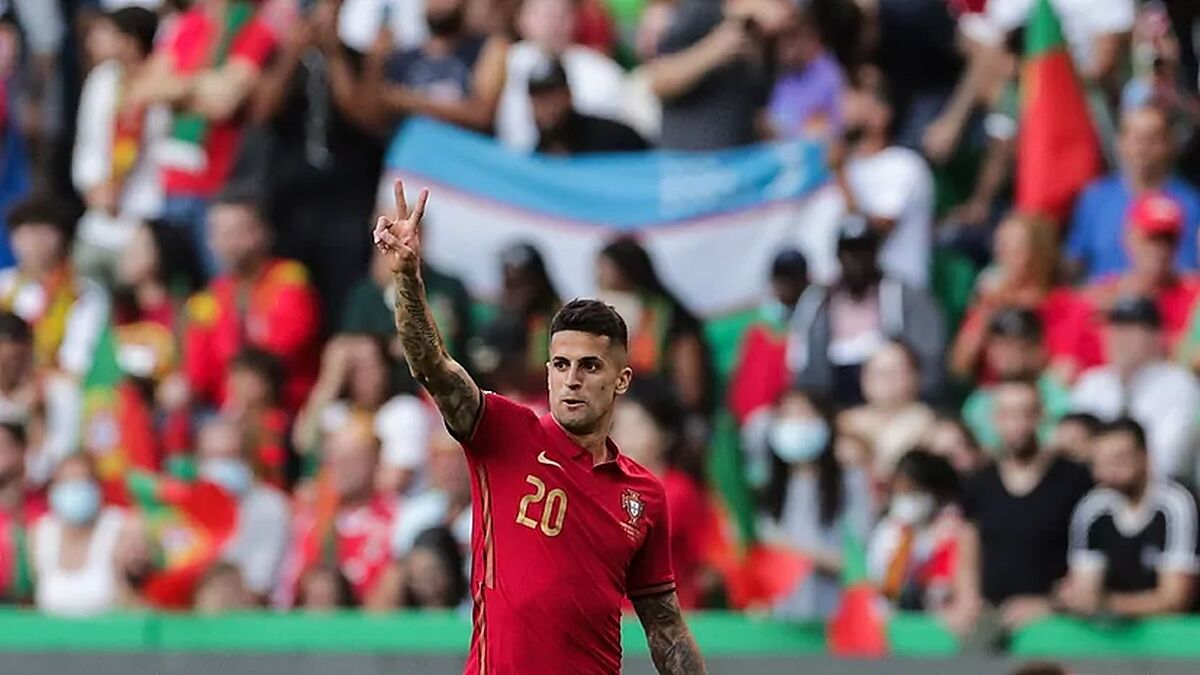 Portugal now sit alone atop Group A2 of the National League after cruising to a 2-0 victory over the Czech Republic on Thursday night.

The two sides entered the contest level on points following the opening two rounds of action, but Fernando Santos‘ men showed all of their strength in what was a comfortable victory for the home side.

Although the Czechs defended well early on, and even threatened Diogo Costa‘s goal thanks to a Jan Kuchta effort, Portugal eventually turned their 62 percent first half possession into goals.

A fine Bernardo Silva pass picked out Joao Cancelo, who made no mistake to open the scoring, while Goncalo Guedes added a second soon after.

Portugal continued to threaten in the second half, with the Manchester United duo of Cristiano Ronaldo and Bruno Fernandes asserting their influence.

In the end, their efforts didn’t turn into goals, though Portugal did see out the final minutes with relative ease, much to the delight of the Lisbon crowd.

The result means Portugal top the standings on seven points, while Spain are onto five and the Czech Republic remain on four after three matches.