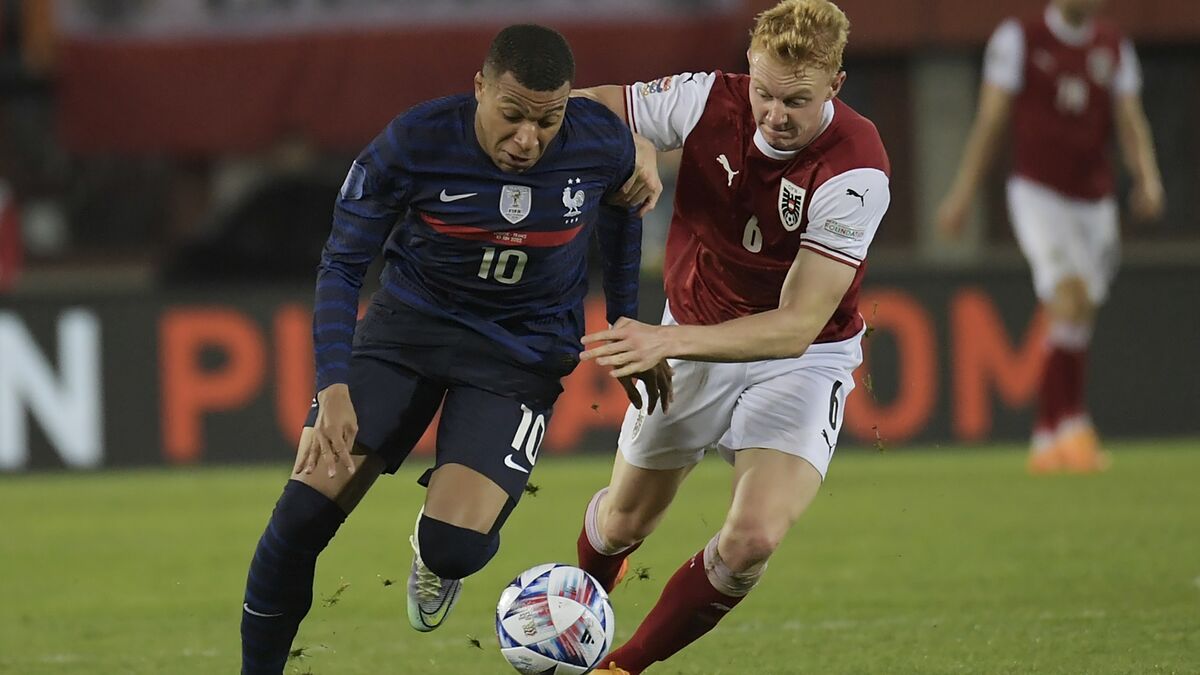 Kylian Mbappe came off the bench to inspire a French comeback in Vienna, but ultimately it wasn’t enough for Les Bleus to manage their first win in their Nations League group. The game ended 1-1 after his strike cancelled out Austria‘s opener.

Former Manchester United head coach Ralf Rangick‘s Austria tenure got off to a perfect start last week with a 3-0 win over Croatia, but a 2-1 defeat to Denmark reined in expectations.

In his third game, the third in UEFA Nations League A Group 1, Rangnick and Austria took on reigning world champions France. The French went into the game winless in the group after losing to Denmark and drawing with Croatia.

Austria started well and went in at half time with a 1-0 lead thanks to a first international goal from Andreas Weimann. The 30-year-old has been playing international football for a decade and won’t forget his simple finish in a hurry.

France looked sluggish and struggled to impose themselves on the game, but as the second half wore on they began to belatedly grow into the encounter.

When Mbappe was introduced from the bench the intensity was immediately turned up and suddenly the visitors looked like a side really capable of making the breakthrough.

Most of the rest of the game was all France and it was no surprise that it was Mbappe himself who smashed home the equaliser from close range after a finely weighted through ball from Christopher Nkunku on the break.

France pressed for a winner in the final ten minutes but despite Mbappe‘s energy it wasn’t to be. The hosts defended well but also had the chance to win it at the other end, only for composure in the final third to let them down.

A draw it ended then, which means France remain bottom of the group and winless after three games.