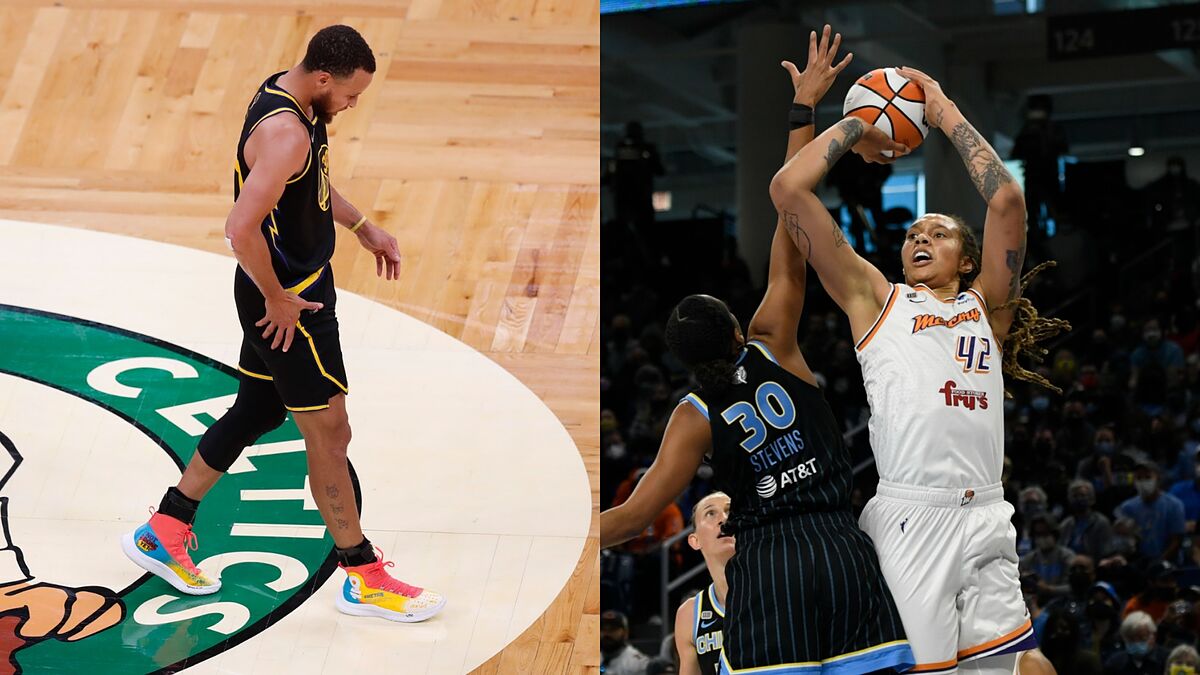 We are now going on day No. 113 since Brittney Griner was detainned in Russia for alleged drug possession. The United States Government hasn’t been able to negotiate her release and she’s now being basically treated as a bargaining chip by the Russian government.

With the entire NBA and United States citizens demanding her release, it was about time high profile players such as Stephen Curry opened up about what can be done to bring Griner back home. There is an undeniable narrative that speaks volumes of the disparity between female and male basketball stars. Curry was directly asked the most uncomfortable but obvious question in the last 24 hours.

Would the U.S. Government act differently if he or LeBron were detainned?

ESPN’s Malika Andrews flat out asked if he believes the United States Government would act in the same way if he or LeBron James were the ones detainned in Russia. Curry said the following: “There’s something to that. From the time you heard about the story unfolding and understand what she was going through and where she was at, and the helplessness almost, of like, ‘what do you do to help get her home safely and quickly?’

But Steph wanted to be clear about these comparisons, he refused to get into this narrative and focus on what’s important: “I think, if you compare the noise and the conversation and the awareness of her situation versus somebody else, I don’t like to play that game, because right now.

“It’s just about getting her home and everybody joining that effort and joining that front to make sure that she’s talked about and all hands are on deck and all resources are thrown to getting her home as soon as possible. I know those efforts are ongoing, and hopefully they’ll be a positive ending to this story.”