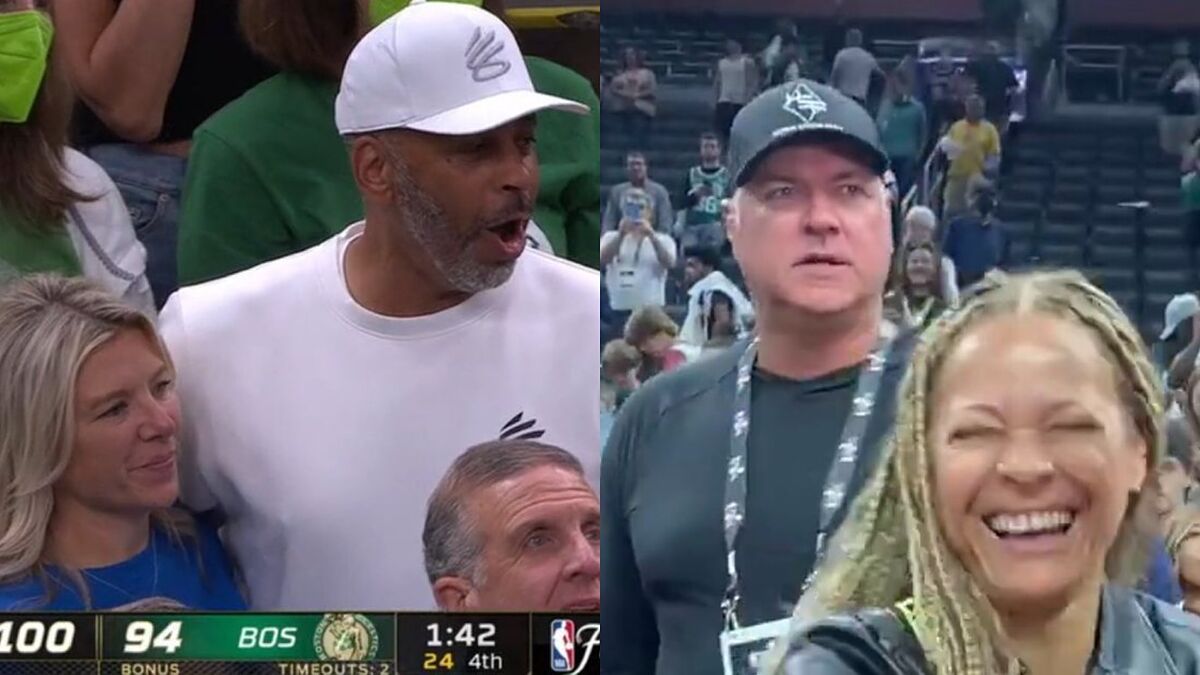 We got a new scandal that inadvertedly took over social media with way more impact than Stephen Curry’s incredible performance against the Celtics last Friday. The point guard’s parents just wen’t through a nasty divorce in which they both claim infidelity after 33 years of marriage.

Reports of Dell Curry’s college friend Steven Johnson dating Sonya Curry were pretty evident in recent weeks. But Steph’s dad did them one better, only a few people caught the truth at the beginning. This scandal will go on for weeks as the Western world is not really used to these “spouse swapping traditions”.

As he celebrated one of Stephen Curry’s many great buckets from last Friday, Dell Curry appears to put his arm around a blonde woman. Initially, it wasn’t that important because he is already divorced. However, the screen grabs tells an entirely different story. The woman sstanding next to Dell is presumably his new girlfriend but Twitter users saw something strangely familiar about her.

To those who don’t know, Sonya Curry is currently dating Steven Johnson, one of Dell Curry’s friends from Virginia Tech. They used to go watch Seth Curry’s Duke games. Both of Steph’s parents appeared with their respective new couples last Friday at TD Garden. But there’s more.

Twitter users quickly started piecing things together as they realized that Steven Johnson was actually married with Dell Curry’s blonde girlfriend from last night. At least the photo evidence that many users are sharing seems to point at this fact. Dell and Sonya Curry are swapping spouses.

We just don’t know if they are doing it like responsible adults or if they are doing it out of spite. What ever the case may be, Stephen Curry is right in the middle of it because his name is getting dragged with mentions of his parents’ post-marital scandal. You hate to see it.