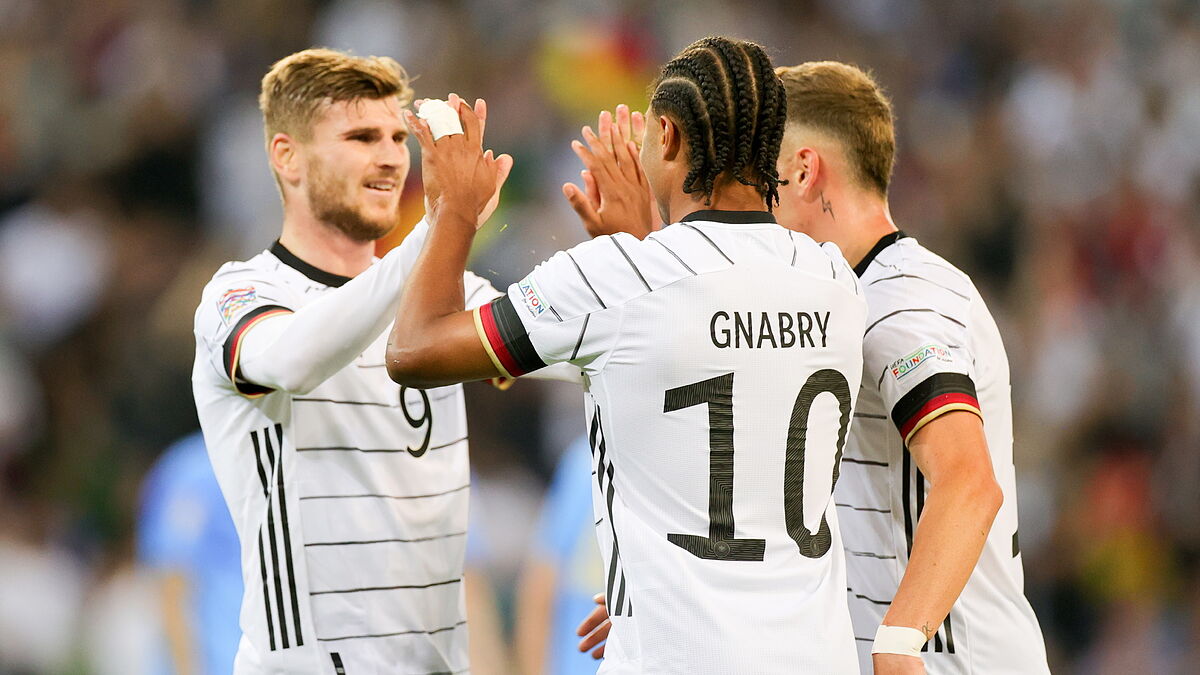 Germany picked up their first win of the Nations League in style, taking down rivals Italy 5-2 at Borussia-Park in Monchengladbach.

The Azzurri entered the match atop the Group A3 standings, but Roberto Mancini‘s much-changed side proved no match in what was as one-sided a contest as you’ll see.

It took Hansi Flick’s men just 10 minutes to open the scoring. Joshua Kimmich collected a David Raum cross that evaded Thomas Muller and side-footed his effort through the legs of a diving Gianluigi Donnarumma.

The Germans doubled their advantage just before half-time when Alessandro Bastoni took down Jonas Hofmann in the penalty area. Up stepped Ilkay Gundogan, who made no mistake in firing home.

Germany, who entered the match on the back of four consecutive 1-1 results, blew the match open by scoring a third six minutes after the restart. Just as Italy looked to be clawing their way back into the match, Muller drilled a half-volley off the surface and out of Donnarumma’s reach.

Timo Werner got his name on the scoresheet with two goals in two minutes to make it 5-0, while Wilfried Gnonto and Bastoni added late consolations for Italy.

Gnonto’s effort was the lone bright spot on the night for the Azzurri, as he became youngest goalscorer ever for the national team at 18 years seven months and 12 days.