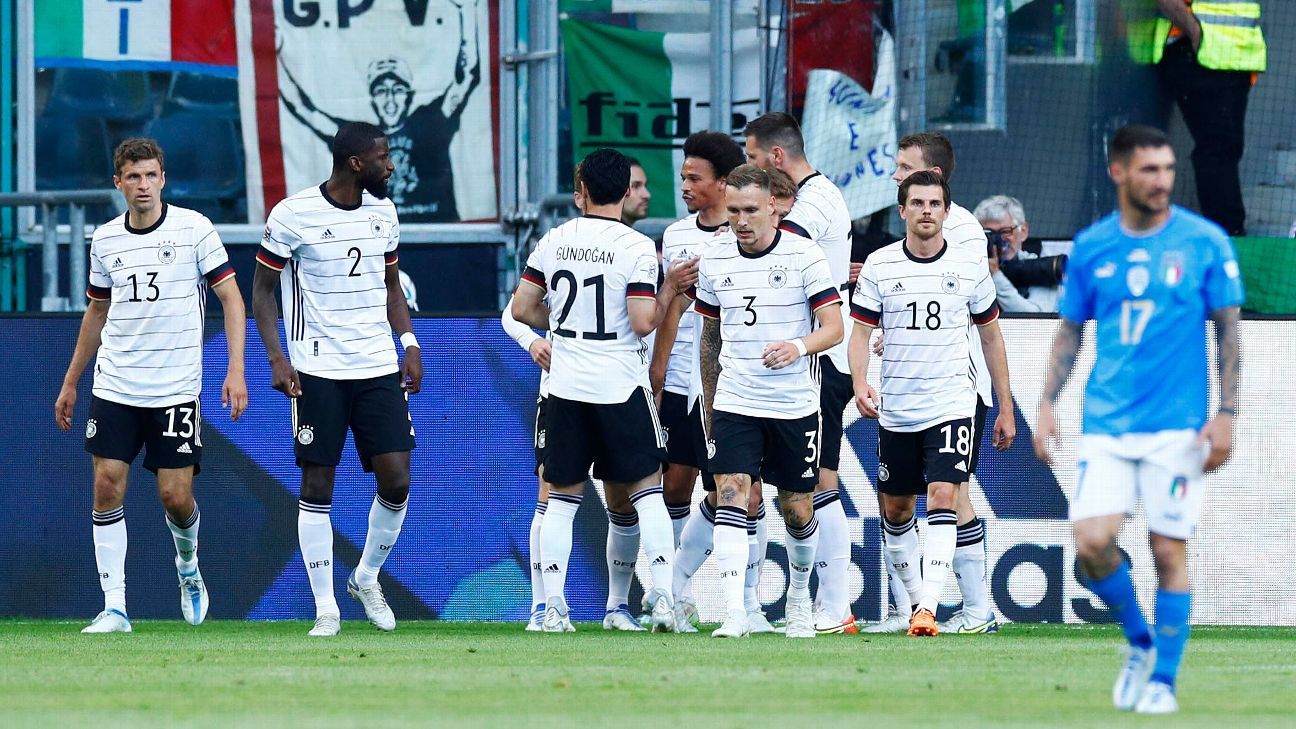 Germany demolished Italy 5-2 on Tuesday with a sparkling display of attacking football for their first Nations League A3 win, snapping a four-game winless run and stretching their unbeaten streak under coach Hansi Flick.

In Germany’s best performance under Flick, Timo Werner struck twice after goals from Joshua Kimmich, Ilkay Gundogan and Thomas Muller had put them in the driving seat. Teenager Wilfried Gnonto pulled one back in the 78th and Alessandro Bastoni headed in a second for the visitors.

– World Cup: All 32 nations who have qualified

This was Germany’s first Nations League win in four matches, and the first for Flick, unbeaten in 13 matches since taking over last year, against a top European nation. They had drawn against Italy 10 days ago.

Germany, looking to peak at the year-ending World Cup in Qatar following a first round exit in 2018, are now on six points.

Flick’s team had struggled in a 1-1 draw against Hungary last week after also drawing with the same score against England and Italy earlier this month.

They had also drawn 1-1 with the Netherlands in a friendly international in March.

Germany captain Manuel Neuer had promised fireworks from the start and both teams had chances to score in a pulsating beginning.

It was Germany who struck first when Kimmich charged into the box and tapped in a David Raum cutback in the 10th minute.

The hosts then upped the pace, attacking with a burst of passing moves against Italy’s untested side with Jonas Hofmann and Werner going close for the Germans.

On the stroke of half-time, Gundogan stabbed in a penalty to give them a two-goal cushion.

Yet the Germans struck against the run of play with Mueller rifling in following a clearance from the Italian defence, to take the wind out of the visitors’ sails.

Werner also got on the scoresheet, sliding in to connect with a Serge Gnabry assist in the 68th and then added another a minute later when Italy keeper Gianluigi Donnarumma‘s pass was intercepted.