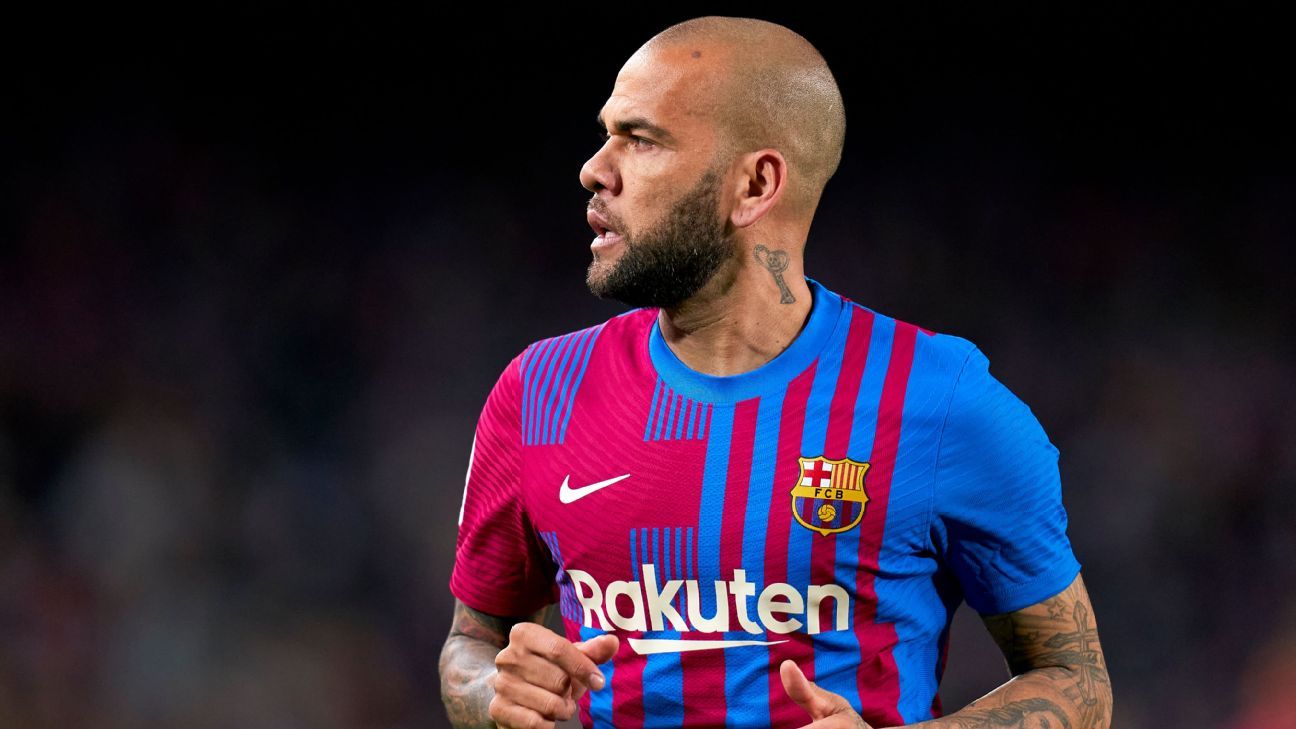 Dani Alves will leave Barcelona when his contract expires this summer, the player confirmed on social media Wednesday.

The Brazilian right-back, 39, joined the club in November of 2021 on a free transfer and was a key part of the initial resurgence of Barcelona under Xavi Hernandez. He played in 14 LaLiga matches, scoring once with three assists upon his return to the club after six years away.

His contract was up at the end of the season and sources confirmed to ESPN that he was told on Wednesday it would not be renewed.

“Dear cules (Barcelona fans), the time to say goodbye has really arrived now,” Alves wrote on Instagram. “For more than 8 years I have dedicated myself to this club, these colors and this home, but like everything in life, the years go by and the paths take a detour and the stories are written for some moments in other places, and that is how it has happened.

“They tried to get rid of me but they could not but what you all cannot imagine, or maybe you can, is just how resistant and resilient I am.

“A lot of years passed until football and life, which are as always very grateful to those who respect them, decided to give me another chance to return here so that I could say goodbye. But I am not saying goodbye until I say thank you to all of those behind the scenes, all who helped make ours perfect. To all of them: THANKS.

“May the world never forget: EVEN A LION THAT IS 39 YEARS OLD CONTINUES TO BE A GOOD CRAZY LIONNN. Para siempre VISCA AL BARÇA!”

His six-month contract had been estimated to pay the LaLiga player minimum of 150,000 euros, in the club’s efforts to stay under the league’s salary cap.

Alves had previously stated his willingness to stay on for the 2022-23 season but sources have told ESPN that Barcelona are keen on signing Cesar Azpilicueta to reinforce the defence and they also have Sergino Dest at that spot.

Sources have told ESPN that Azpilicueta is keen on a move to Barca and Chelsea manager Thomas Tuchel said last month that negotiations are continuing. Barcelona are also weighing the future of Oscar Minguez and the club recently renewed the contract of Sergi Roberto.

Alves, meanwhile, is keen on remaining in playing shape to join Brazil for the World Cup this November in Qatar and had said his wish would be to stay on at Barcelona.

Sources tell ESPN that several other European clubs have shown interest in Alves.