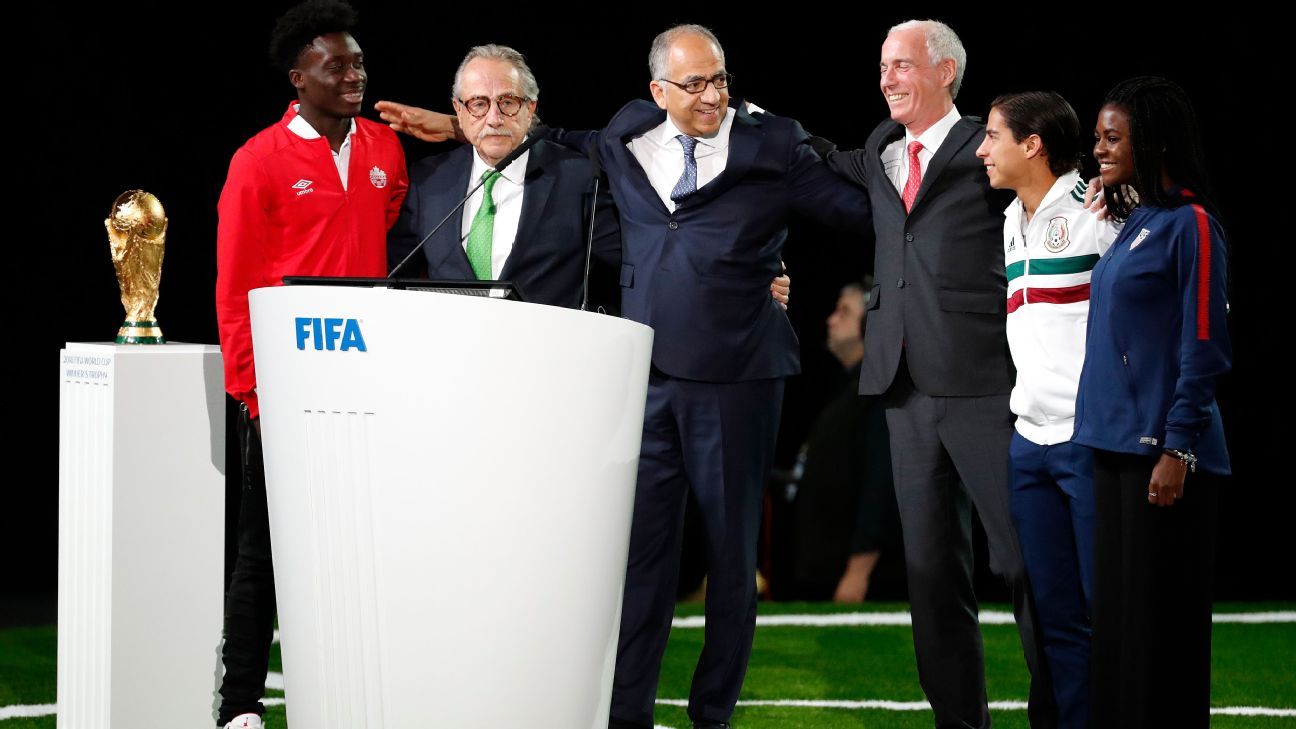 FIFA has announced the 16 North American cities that will host matches for the 2026 World Cup, with 11 venues chosen in the United States, three in Mexico and two in Canada.

The 2026 World Cup will be the first tournament hosted by three nations and also the first that will expand to 48 teams in the competition.

The host of the 1994 World Cup final, the Rose Bowl, was not chosen, with Los Angeles’ other venue, SoFi, being picked instead.

From the original “United 2026” bid from the three nations, 60 games are set to be played in the United States, while Mexico and Canada will each get 10 matches. Once the tournament reaches the quarterfinal stage, all remaining knockout round games will be held in the U.S.

Originally starting with candidates from 44 cities and 49 stadiums across North America, the process to select venues began in 2017. Potential applicants were asked to “provide information about each city’s transportation infrastructure, past experience hosting major sporting and cultural events, available accommodations, environmental protection initiatives, potential venues and more,” which also included possible training sites, base camps and other considerations.

By March 2018, just a few months before the United 2026 bid was officially given the rights by FIFA to host the 2026 World Cup, the list of North American candidates was narrowed down to 23. Not making the list were areas such as Chicago, Minneapolis and Arizona, due to what city officials described as issues with FIFA’s financial demands.

Other noteworthy cities left out of the 23-venue list from 2018 were Charlotte, North Carolina; Detroit; Las Vegas; Salt Lake City; and Tampa, Florida. Vancouver, initially out of the running after disagreements over financing, eventually replaced Montreal after it dropped out in 2021 when the provincial government withdrew its support.

A FIFA delegation, led by CONCACAF president and FIFA vice president Victor Montagliani, conducted visits of all candidate host cities at the end of 2021.

The joint bid between Baltimore and Washington at M&T Bank Stadium was announced this April after FedEx Field in Landover, Maryland, dropped out of the running and opted to merge with the Baltimore bid. Under the proposal, there would have been a fan festival on Washington’s National Mall.

With the Rose Bowl not selected, none of the U.S. venues from the 1994 men’s World Cup will be utilized for the 2026 edition of the tournament.