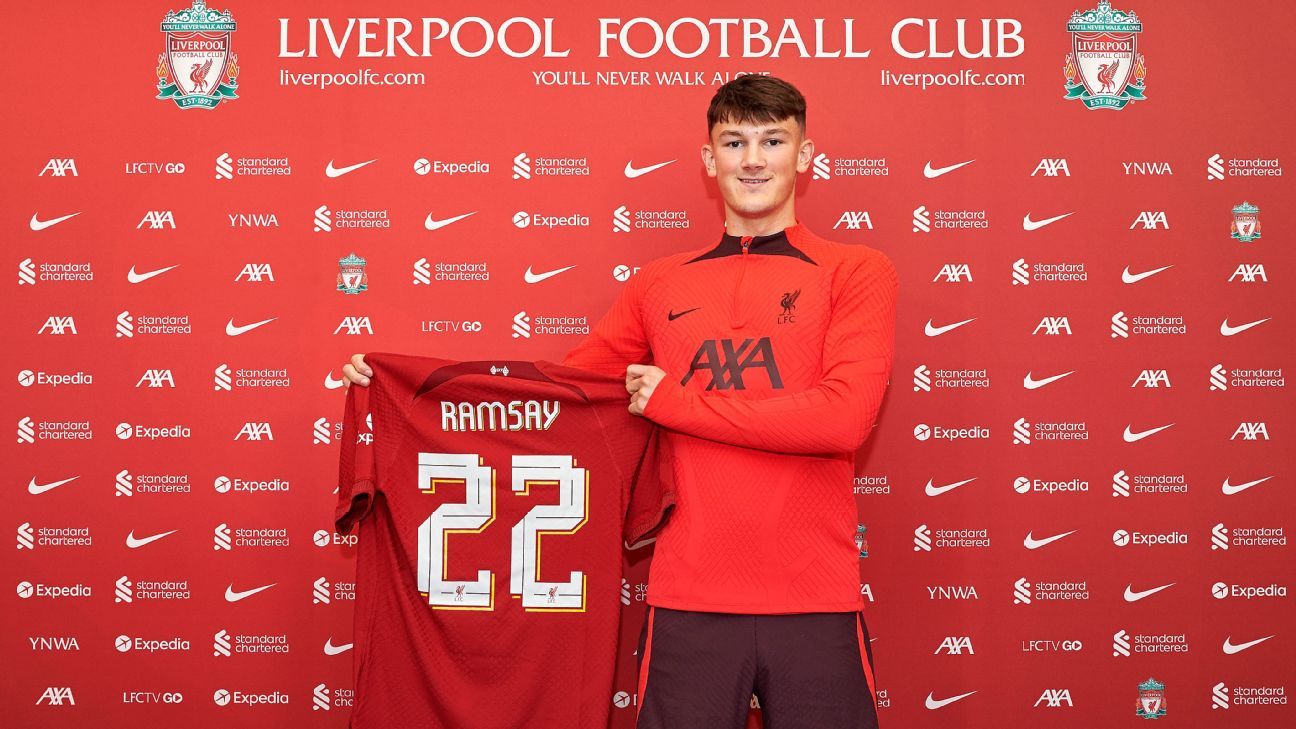 – Notebook: Barca missed out on Liverpool’s Nunez
– Don’t have ESPN? Get instant access

Ramsay recorded nine assists in 33 appearances across all competitions for Aberdeen in the 2021-22 season as they narrowly avoided relegation from the Scottish top-flight and reached the final round of qualifying for the UEFA Europa Conference League.

“It was a dream come true to play for Aberdeen, and now to be at one of the biggest, if not the biggest club in the world, it’s a massive achievement and I’m looking forward to trying to show the fans what I’ve got,” Ramsay said.

He said that seeing how the club developed young players like Trent Alexander-Arnold and Harvey Elliott attracted him to playing for them.

“There’s obviously a pathway here,” he said. “That’s one of the reasons I chose it as well. It’s not just a massive club, they give young players chances in the first team.

“So if I can come in in preseason, put my mark down, then there’s no reason why I can’t push to get in the first-team squad.”