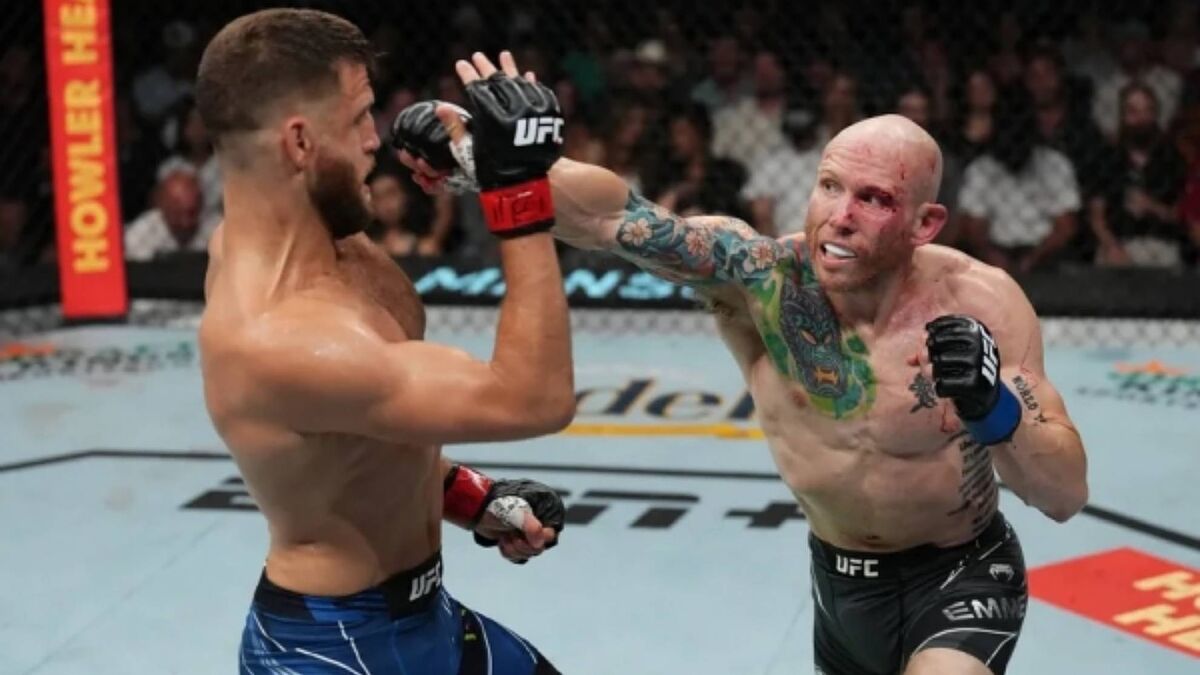 The first round was classic studio fare, neither fighter showed their weapons, they threw a few punches, but none with power, there wasn’t anything significant that hurt anyone.

Emmett started more aggressive in the second episode, he released more combinations, but that eagerness to go to the front made him neglect the guard and Kattar connected a knee that opened a wound above Emmett’s left eye.

The next three rounds were full of action, raining blows from all sides, both fighters connected, punishing each other fiercely. They were difficult episodes to score as when the bell rang it was not clear who was the dominator.

“There’s a huge title fight in two weeks. I want to be sitting cageside to see who I’m fighting next,” Emmett said in the cage. “Dana (White), give me my shot.”