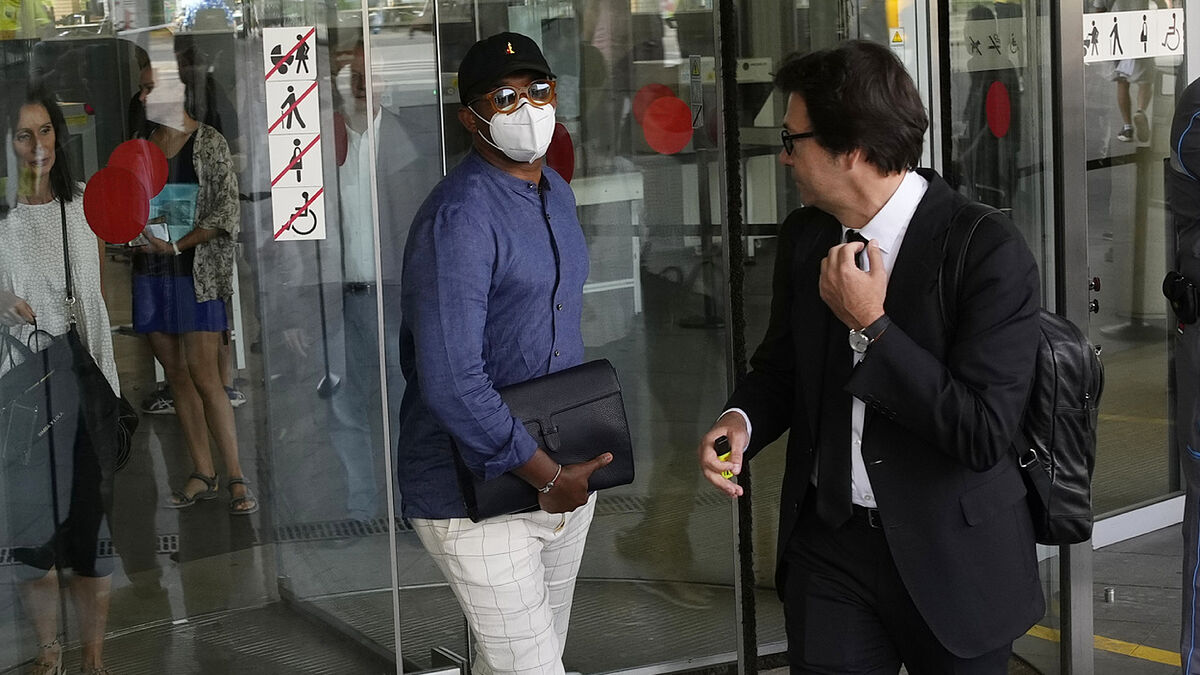 Former Barcelona player Samuel Eto’o and former agent Jose Maria Mesalles have been handed a 22-month and one year suspended prison sentence respectively for tax fraud of 3.8 million euros between 2006 and 2009.

In a statement, Eto’o admitted accept responsibility but also placed the blame on Mesalles, who he viewed as a father at the time of the offences.

“It was my father who took care of the child I was then,” Eto’o said. “I’m going to pay but I’ve always done what my father told me I had to do.”

The former footballer has filed a lawsuit against his former agent for alleged fraud and misappropriation of his assets, with the matter still in the investigative phase.

Mesalles chose not to testify during the case, in which prosecutors asked for sentences of four years and six months for both men.

In the end those sentences were reduced to 22 months for Eto’o and one year for his former agent.

Eto’o has also been handed four fines, one for each offence, amounting to 1.8 million euros, while Mesalles has been asked to pay four fines totalling 905,155 euros.

Given neither men have a criminal record, they will not serve time in prison.

The fraud relates to Eto’o failing to declare income made from the transfer of his image rights to Puma and Barcelona in his personal income tax return from 2006 to 2009.

Instead, he taxed the image rights through two companies – one in Spain and one in Hungary – in order to avoid being taxed as heavily.

See also  Canelo Alvarez: What was his first professional fight and how did it end?