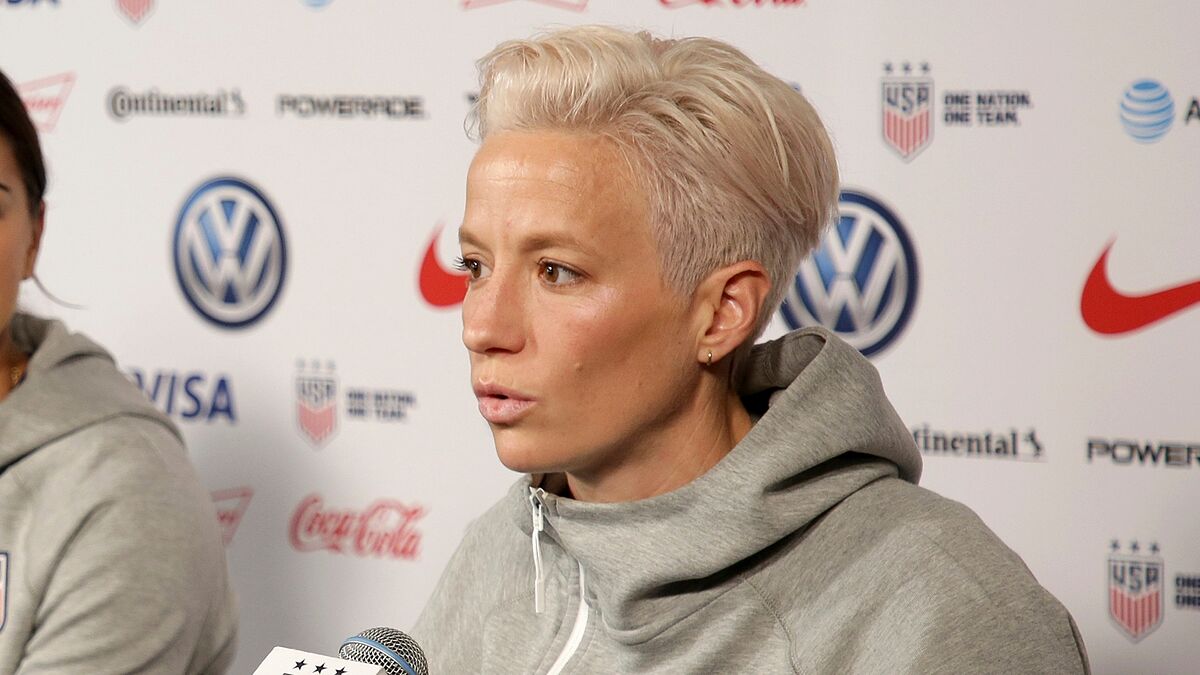 Megan Rapinoe, star of the US women’s soccer team, has spoken out in favor of transgender women participating in women’s sports, calling the arguments against them “cruel and disgusting.”

The veteran soccer player, who co-captained the US Women’s National Team to a second consecutive World Cup victory in 2019, dismissed the idea that trans women are dominating women’s sports and thus need to be regulated.

Instead, she argued that excluding them from lower-level competition is cruel because people place a higher value on their “kid’s high school volleyball team” than the lives and well-being of transgender people.

Megan Rapinoe comes out forcefully for trans inclusion in sports and health care.

“We’re putting everything through God forbid a trans person be successful in sports. Get a grip on reality and take a step back.”

Shes a national treasure. This is how you ally. pic.twitter.com/lFF2hZHDOh

Her remarks come in the wake of the uproar over FINA’s (Fédération Internationale de Natation) new policy prohibiting transgender women from competing in swimming competitions.

The decision was made in response to claims that transgender UPenn swimmer Lia Thomas had an unfair advantage as a result of going through male puberty, as evidenced by her record-breaking victories at college swim meets.

“Show me the proof that trans women are stealing everyone’s scholarships, dominating every sport, and winning every title,” Rapinoe said. “I’m sorry, but it’s just not going to happen.”

“I’m 100 per cent supportive of trans inclusion,” she told TIME. “People do not know very much about it. We’re missing almost everything.”

See also  Jobseeker's Allowance: Eligibility and what amount you receive

Rapinoe defended transgender women athletes, claiming that the issue is misunderstood because of “the right’s talking points,” which are “very loud, very consistent, and relentless.”

She argued that we should approach the issue from the perspective of how to include transgender female athletes, rather than the other way around. “That is inhumane. And, to be honest, it’s revolting.”

“People are committing suicide, they are being told that they are gross and different and evil and sinful, and they can’t play sports with their friends that they grew up with,” said the US women’s soccer captain, dismissing arguments about fairness as insignificant in comparison to ‘people’s lives.’

In addition to the numerous international sporting organizations that have passed legislation prohibiting transgender athletes, many US states are considering similar legislation. Texas is pushing for new transgender-related legislation.

“We’re putting everything through ”God forbid a trans person be successful in sports”,” Rapinoe added. “Get a grip on reality and take a step back.”

.@mPinoe knows how important it is to change the narrative around the LGBTQ community and to define them by their joy, not their pain. #LoveIsUninterrupted#Pridepic.twitter.com/sUVitnMzWI