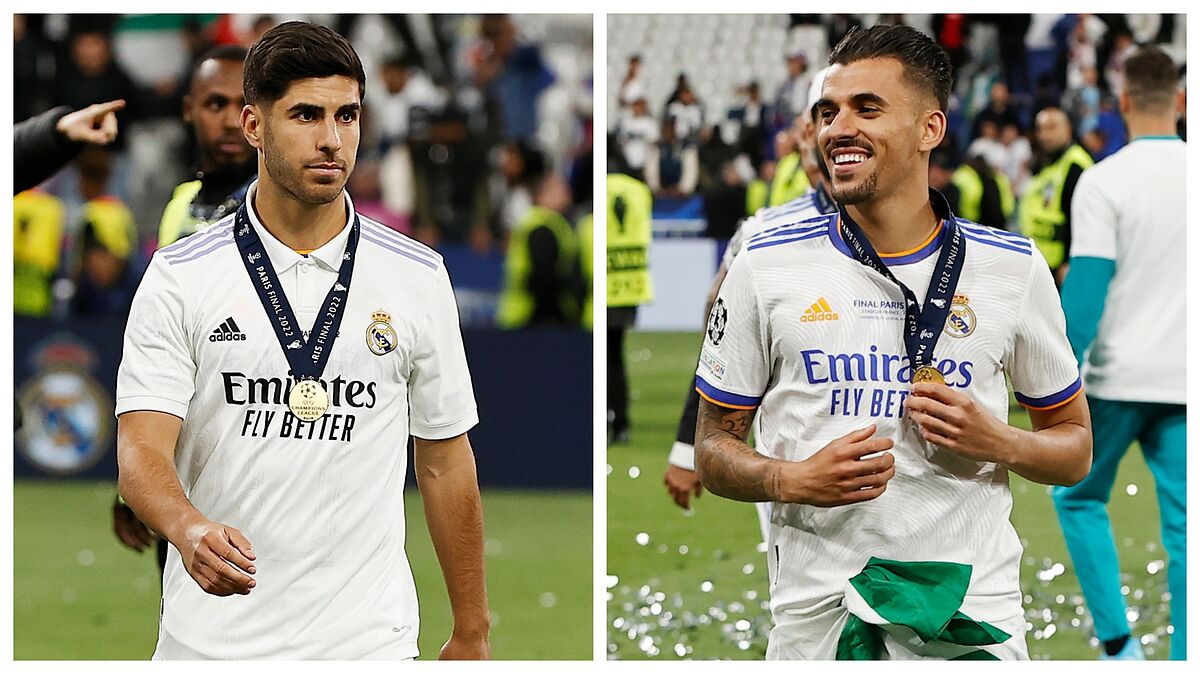 After signing Aurelien Tchouameni and Antonio Rudiger, Real Madrid have turned their attention to sorting the futures of several players, including Marcos Asensio and Dani Ceballos.

While Luka Jovic and Mariano have already been told they have no future at the club, things aren’t as clear for the Spanish duo.

Both have one year remaining on their current contracts, but neither have been offered an extension.

They aren’t the only Los Blancos players who’s contracts expire on June 30, 2023, however there are no doubts over whether Karim Benzema and Nacho will renew.

They will soon sign new deals, while Toni Kroos is waiting to see how his body holds up before signing a one-year extension.

Asensio ended the season as the club’s third top scorer, while Ceballos contributed when he overcame his injury woes.

Both are keen to play, especially with the World Cup in Qatar on the horizon, but they know that won’t come easily at Real Madrid.

The club are keen to know what their intentions are, as a hasty renewal could cause problems for two players that have a role, but not a guaranteed spot, in the starting XI.

Eyes on the market

At the moment both players are in contact with their agents regarding offers. Real Madrid have made it clear they won’t just give either player away, though they know a new contract isn’t a straightforward matter either.

See also  One more! NBA postpones Nets at Blazers because of COVID-19 outbreak

The departures of Isco, Gareth Bale and Marcelo have also lightened the wage bill despite the signings of Tchouameni and Rudiger, and new deals for Vinicius, Rodrigo and Eder Militao.

More than sales, the team are keeping an eye on possible loan deals for Asensio, Ceballos and some youth players from the academy.