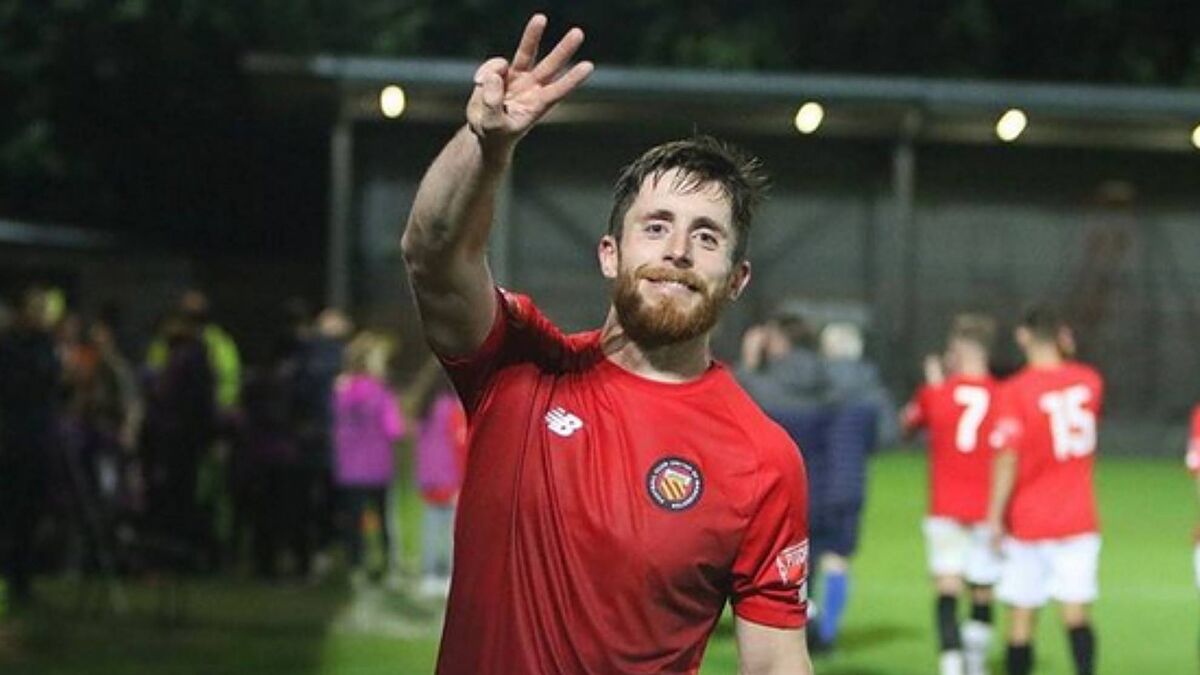 Adam Dodd, an English footballer with Northern Premier League club FC United of Manchester, has revealed that his girlfriend saved his life after he suffered a cardiac arrest on the night of June 3.

The 29-year-old full-back has been a fan favourite with the Red Rebels since signing for the club in 2019 from Bamber Bridge.

Adam Dodd has now explained in an open letter written to FC United of Manchester fans that the reaction of his girlfriend and quick intervention of doctors, who fitted him with an automatic defibrillator like Christian Eriksen, saved his life.

“On June 3, my life was completely turned upside down,” he started.

“I went to bed as normal with my girlfriend and, a couple hours later, she woke up to the sounds of me in cardiac arrest. My heart had stopped and I was dying.

“Luckily, she heard my gasping and called 999 and performed CPR until the ambulance arrived 16 minutes later.

“If I hadn’t received this CPR I would have died or would be brain dead.

“The chances of surviving an out of hospital cardiac arrest are three percent. .

“I am extremely lucky to be alive and I want to raise awareness about the importance of being CPR trained and people knowing about public defibrillators and how to use them because this is what can save someone’s life.”