A Round 6 rematch between the Blues and Dockers headlines a big afternoon of footy.

An inspired fourth quarter wasn’t enough to see Carlton over the line against the Tigers last Thursday night, while the Dockers spent the bye week resting up for a chance to potentially reclaim top spot on the ladder.

Freo prevailed comfortably when these two sides met in Perth back in April, largely thanks to a stunning defensive performance that saw Harry McKay and Charlie Curnow held to a combined three goals.

A similar performance down back would go a long way to ensuring Fremantle a fourth straight win, but as we’ve come to know over the last 12 months, there’s nothing more dangerous than the Blues on the back of a loss.

Carlton has gone 7-2 overall and 6-3 at the line following a previous defeat, while the Blues have also won their last two games over the Dockers in Melbourne.

Comparing the two side by side, it’s obvious the Blues have a clear advantage on attack, but they’ll need to take more than just 11 marks from 51 inside 50 opportunities like they did last week against the Tigers.

Freo, on the other hand, has been one of the toughest teams to get the ball inside 50 against, while the Dockers have also been one of the better teams in the league around the stoppages.

In terms of betting, all of that probably doesn’t make things any easier, but with the Dockers rested and proving very tough to score against, the current market price seems about right. 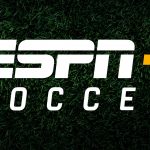