Corinthains and Santos will renew their Classico Alvinegro rivalry on Wednesday as both teams face off at Corinthians Arena in the first leg of their Round of 16 Copa do Brasil tie.

After a shock 2-0 defeat on aggragate in the third round a season ago to Atletico Goianiense, Corinthians are back in the last 16 of the comeptition, but their journey was by no means an easy one.

Vitor Pereira’s side conceded an opening goal to Cafu after a minute of play as Serie D side Portuguaesa RJ drew them 1-1 in their home fixture.

Luckily for Corinthians, the second leg was much lighter, as they scored two first-half goals to come away with a 2-0 victory to progress to this stage.

Timao have played impressively at home this year, without a defeat in 15 successive matches across all competitions, collecting 10 clean sheets over that period.

Corinthians have conceded the second-fewest goals in Serie A courtesy of aggressive defending, which has effectively closed off a lot of space in their penalty area, forcing other teams to make poor decisions.

Fabian Bustos has been forced to create some innovative formulas to keep his Santos side competitive, and he managed to that this weekend as they drew Bragantino 2-2, claiming a point in five consecutive matches.

While Santos conceded seven shots on target and let two leads slip away, they have been well-organised in a lot of games recently, allowing multiple goals in just two of their previous 13 matches across all competitions.

Corinthians’ current run might be intimidating for a lot of teams to think about heading into such a huge contest, but Santos were also the last side to defeat them on their home turf, coming from a goal down to win 2-1 at the Campeonato Paulista in February.

Corinthians vs Santos head to head

The two teams have previously met of 72 occasions across all competitions, where Corinthians have claimed 24 victories while Santos have won 28, and they have drawn in 20. Santos have scored 91 goals and conceded 84. In their last five meetings, they have claimed two wins each and drawn once.

Corinthians have recently been on a good run of form at home, and they have been unbeaten in their five most recent matches. They managed to defeat Goias 1-0 in their last home game in the league. In their last five matches, they have scored six goals and conceded three.

Corinthians have recently been on a relatively good run of form on the road, having lost just one of their seven most recent matches. They drew 1-1 with Athletico Paranaense in their last away game in the league. In their last five matches, they have scored five goals and conceded five.

Santos have recently failed to keep a good run of form at home, as they have been winless in their five most recent matches. They drew 2-2 with RB Bragantino in their last home game in the league. In their last five matches, they have scored four goals and conceded five.

Santos have recently been on a relatively good run of form on the road, having lost just one of their five most recent matches. They managed to defeat Juventude 2-1 in their last away game in the league. In their last five matches, they have scored six goals and conceded five.

Jo scored the equaliser in their opening third round match against Portuguesa RJ, while Giuliano and Junior Moraes helped Corinthians win the second matchup and progress to the round of 16.

Fabio Santos picked up his first goal of the domestic campaign on Sunday, while Roger Guedes is searching for his first of this competition.

Rodrigo Fernandez, Madson and Marcos Leonardo all scored for Santos to help them reverse their 1-0 deficit against Coritiba, while Ricardo Goulart scored in the 82nd minute to send the game to penalties.

Maicon is out until early July with a thigh issue, while Kevin Malthus continues to recover from an ACL injury.

Corinthians head into the contest off the back of two successive home wins and will fancy themselves to take all three points having the advantage of playing at home once again.

Meanwhile, Santos have recently failed to convert stalemates into wins and we are expecting a draw or home win. 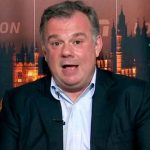 Barcelona’s financial plans a massive gamble on their future

Barcelona’s financial plans a massive gamble on their future