Edwin Moses (Dayton, 1955) is still heavily involved in the world of sports and athletics despite retiring more than 35 years ago. The double Olympic 400m hurdles champion is an ambassador for the Laureus Foundation and now chairs the USADA (US Anti-Doping Agency), in his commitment to clean sport. Protagonist in the recent MARCA Sport Weekend, Moses shared his thoughts on Athletics and more specificially, the hurdles.

Question: In Malaga you’ve done several activities with runners in the street. How important are activities like these to continue connecting people with athletics?

Answer: It’s very important. We do these kinds of events all over the world, all the time. In the United States, we do them in Los Angeles, New York and Miami, Atlanta, New Orleans. We’ve done them through laureaus in many other parts of the world. In India, in Brazil, in Germany, here in Spain, in the UK. Sports days are really important for families to be able to get out, bring their kids, participate in activities, and everyone has a good time. It’s all about fitness and wellness. We do everything we can to help families involve their kids, the parents as well, to do biking, swimming and Triathlon and these kinds of things.

Q: You’re a member of Laureus. How important is sport for social change?

A: Well, we’ve done quite a bit of research and we’ve got the research to back it up. Everyone knows that sport is good for something, but at Laureus, we’ve been researching it for many years. We monitor our projects and the results show that we can empirically state what the benefits are and therefore do things we know are going to make the difference. That’s what we’ve been doing that for the last ten or 15 years, specifically measuring the kind of outcomes that we want to see versus what we think is going to happen. Then two or three years later, we can look at the numbers, improve the sports to ensure they are beneficial not just physically, but mentally as well.

Q: Are you involved in any other projects at Laureus?

A: I mean that’s what we mostly do at Laureus. We don’t build stadiums; we don’t build playgrounds. We invest in people, these projects are centred around our clients, the kids, teenagers, young children. These are the people we want to help.

Q: You’ve always defended clean sport and now you’re the President of the United States Anti-doping Agency? What’s the objective of the agency and do you think that you’re winning the war on doping in athletics?

A: Well, it’s all subjective. You’re never going to win the fight against people drunk driving. There’s always going to be someone out there who does it. But, we have made significant progress by giving the athletes the trust that the system is looking to protect the playing field for the average clean professional. That’s when you begin to make a difference, when you begin to change people’s minds, when athletes believe that the cheaters are being caught and thus the temptation of doing it is reduced significantly. We’re doing as much as we can. You’re never going to absolutely get rid of it, but we’re balancing the playing field and making sure that it’s level for 95% of the people that are going to compete.

Q: Talking about the Olympic Games, how does it feel to win a gold medal?

A: It’s different than what is perceived by our fans on television.. It’s a very difficult job. It requires going to work and physically paying a price for days and years before you get to the point where you can even become an Olympian. So, it’s a humbling experience once you get to the podium and are able to win a race, because the road to get there is not what most people think about. The reality of becoming an Olympic champion is very hard and very brutal, and most Olympians are very lucky to get there. It’s a huge amount of sacrifice. So, it’s a very different experience for different people. It depends on what event you’re in, but it’s not fun and games, I’ll put it that way.

Q: You were champion in the 400m hurdles in 1976 and 1984. How have you lived the boom in your event over the past year with two new records and and a historic Olympic final?

A: We had a similar boom like this 20 years ago, especially in the men’s hurdles. There was a time in the men’s hurdles where there were many multiple guys, five, six guys running in the mid 47’s all the time. Everyone thought that my record, or Kevin Young’s was on the verge of being broken. That was back in1976, almost 50 years ago. This is now the second surge in 40 years. So, it’s about time there was a significant change to the status quo. It’s good for the sport.

Q:What do you think of karsten Warholm?

A: He’s injured right now. That’s all that really counts. Realistically no one cares about world records and times he ran last year. That’s in the past now. He got hurt at a race in Doha. His competitors will be secretly pleased.

Q: What makes him so good?

Q: Do you think he can break his world record?

A: Records are made to be broken. No one thought that mine could be broken, but I think the advantage now is that they wear shoes with carbon plates in them. They also have springy materials and bubbles of gas inside of them, so that’s made it easier to run faster. The track has been completely changed around as well, these tracks would have been illegal when I was running.

Q:Maybe you should give it a try… you might even beat the record yourself?

A: Well, you take 2% off of my time that was running 40 years ago and i’d be right within a tenth or two tenths of a second from the record…

Q:Atheltics is evolving and adapting to new formats. How do you view the birth of mixed events and the disappearance of others such as the 50KM racewalk.

A: I’m not so sure about the mixed events, maybe it’s good for publicity. I think in the hurdles we ought to have more options because if you’re a sprinter you can run 100 meters, 200 meters, 4 x 100, or if you’re quarter miler you can run the 400m, 200m and the four X 400. With the hurdlers, we only have one choice, so there’s a couple of events they could add. There’s a couple of hurdle relay events that they could add as well which would make it interesting and give people like myself different options. 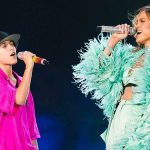 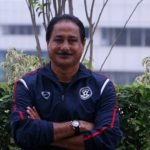 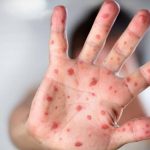 Goodbye to monkeypox: WHO to change the name of disease 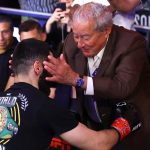 Beterbiev vs. Bivol: Arum is against the Russian boxers dueling 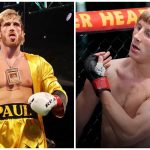 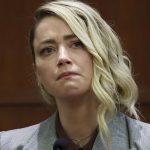 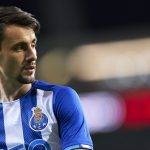 Goodbye to monkeypox: WHO to change the name of disease

Beterbiev vs. Bivol: Arum is against the Russian boxers dueling