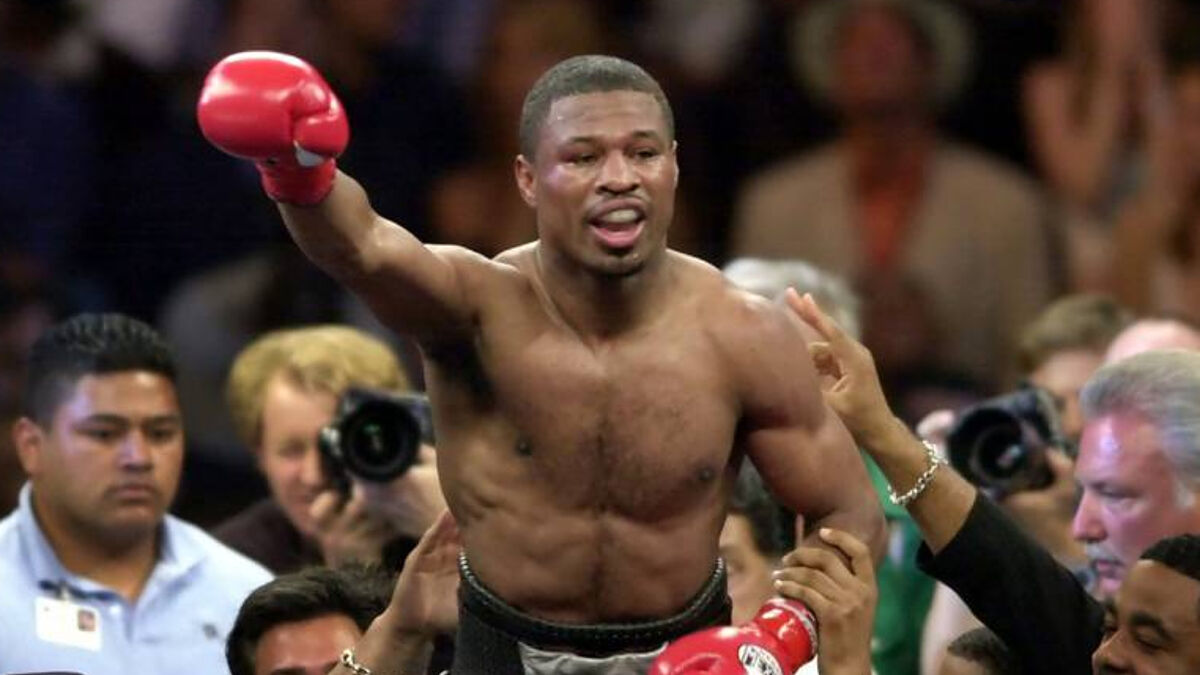 Where did the rivalry begin?

But it also, at some point, led them to face each other in the ring and, although the fights were intense, the African-American fighter assured that, in reality, their supposed rivalry arose to see “who was the best fighter in the state of California“.

Mosley was born in Lynwood in 1971, while De la Hoya was born in Los Angeles in 1973. Therefore, they sparred on several occasions, knew each other well and faced each other twice in the professional ranks, both times with a win for “Sugar”.

Mosley, meanwhile, began his career less than three months after De la Hoya and finished his career with a record of 49 wins, 10 losses and one draw (41 knockouts). In his case, he was champion in the welterweight and super welterweight divisions.

The California rivalry between Mosley and De la Hoya

“In the first fight there was no bad blood or rivalry. It was simply a matter of who was the best in California,” Mosley explained to Un Round Más.

As professionals, “Sugar” added, their fights came at a time when they could define not only the best in California but in the whole world:

However, Mosley highlighted the quality of the “Golden Boy” in the ring, even when he was able to defeat him on June 17, 2000 in Los Angeles, and on September 13, 2003 in Las Vegas.

“Also before, we sparred very often at the training center. There were a lot of people like him in California that I sparred with,” he added. “We grew up with all the best fighters around us,” he finished.

Mosley came in undefeated in 35 fights to face De La Hoya and defeated him by split decision to win the WBC welterweight title. Three years later Mosley repeated the dose, now by unanimous decision, to take the WBC and WBA super welterweight titles. Mosley was the best in California.