Borussia Dortmund are set to sign striker Sebastian Haller from Ajax in a deal worth around €36 million, sources have told ESPN.

The 27-year-old joins following the departure of Erling Haaland to Manchester City in a €60m move earlier this month.

Haller enjoyed a prolific 18-month spell at Ajax since arriving in January 2021 following a disappointing period at West Ham United.

The Ivory Coast international scored 13 goals in 23 matches during his first season in Amsterdam before hitting new heights, becoming the top scorer in the Eredivisie last term with 21 goals, as well as netting 11 times in eight Champions League matches.

The move marks a return to the Bundesliga for Haller, who spent two seasons at Eintracht Frankfurt before making a £45m switch to West Ham in July 2019.

He has also appeared for French side Auxerre and Dutch club Utrecht. 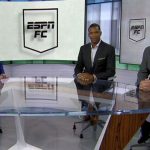 PSG to sack Pochettino: What went wrong and what comes next?
See also  Bayern ripped for Ibiza party trip after Mainz loss

PSG to sack Pochettino: What went wrong and what comes next?