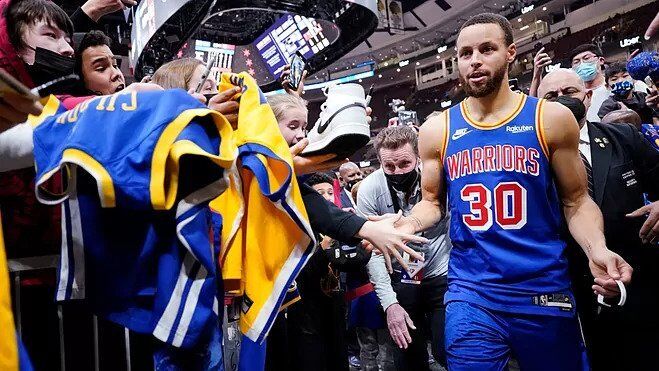 Steph Curry knows how to celebrate, after all, he’s had plenty of practice and the NBA Finals MVP was seen chugging an expensive bottle of tequila on Monday night.

Curry’s Golden State Warriors saw off the Boston Celtics in six games and the guard became an NBA champion for the fourth time and the first time since 2018. A feat certainly worthy of a toast.

The Warriors celebrated with their fans on Monday afternoon and the party didn’t stop after the parade as the players hit up a club.

How do you drink to becoming finals MVP for the first time? Well, seemingly with a bottle of tequila valued at well over 700 dollars.

In a video doing the rounds on social media, the eight-time All-Star can be seen on the dance floor, bottle in one hand and trophy in the other.

Another photo, from the Warriors’ victory parade, shows Curry smoking a cigar as he struggles to hold an armful of trophies.

“It never gets old,” Curry said at the parade.