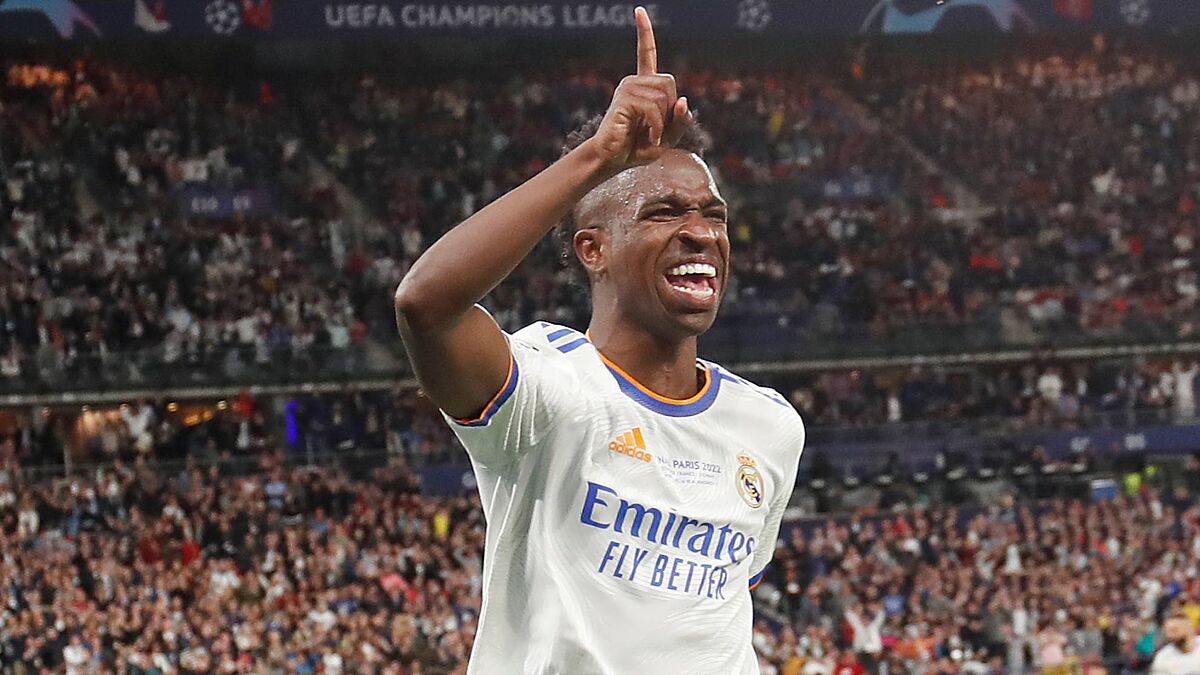 Vinicius is currently spending his holidays in Brazil, but he is also thinking about his future and he has explained the reason he why he is committing to Real Madrid.

The Brazilian forward, who is negotiating the renewal of his contract with Real Madrid, was also asked about Paris Saint Germain‘s interest in signing him.

“I want to stay at the best club in the world,” Vinicius explained to Sport TV’s ‘Bem, Amigos!’ show.

MARCA journalist Mario Cortegana reported on May 13 that Real Madrid would like to sign Vinicius until 2028 but the renewal agreement is more likely to be until 2026 or 2027.

His release clause, in principle, would go from 350 million euros to Real Madrid‘s star standard of 1bn euros.

Vinicius‘ salary will rise considerably, to more than double, in line with his improvement and the importance placed on him by the club.

He will, therefore, move from the bottom rung of the squad to the top rung: from his salary 3.2m euros or 4m euros with bonuses to a wage of 10m euros, that could increase further depending on a series of objectives, structured in a very similar way to the current ones.

On ‘Bem, Amigos!’, the Brazilian striker wanted to highlight that Juni Calafat (Real Madrid‘s director of international football) was the one who went to Brazil to sign him.

Speaking on Sport TV, Vinicius, who has his sights set on the 2022 World Cup, also highlighted how the demands placed on him by the Brazilian national team are different from his duties at Real Madrid.

“In the Brazilian national team we play higher up and Tite asks us to attack a lot, whereas at Real Madrid I stay a bit further back,” Vinicius explained.