NASCAR goes back east  to Lebanon, Tennessee, for race number 17 of the 2022 season. The race comes from the Nashville Superspeedway. The 1.333-mile tri-oval track certainly is an interesting one. Kyle Larson is co-favored this week with Kyle Busch at +800 odds in the NASCAR Enjoy Illinois 300 odds. Can Ross Chastain crash the Hendricks/Gibbs battle  this week and not into other Joe Gibbs’ racers.

This is two weeks after the Toyota/Save Mart 350, where Daniel Suarez bested Chris Buescher and Michael McDowell to secure his first ever top-level NASCAR victory.

Let’s dive into these Ally 400 odds and figure out which drivers are the best bets.

NASCAR drivers will run on the 1.333-mile Superspeedway when the flag drops for the Sunday-evening race beginning around 5:00 pm ET.

Kyle Larson is a Favorite at Nashville BUT…

Larson is a favorite according to Barstool at +600 for this week’s tri-oval at Nashville. He won the inaugural race last year while leading a whopping 264 of the 300 laps. The Hendrick Motorsports Racing driver dominated from the first stage as Aric Almirola was just a placeholder with the pole.

Currently, Larson stands as a favorite everywhere else too and is just +450 at Caesars. Teammate Chase Elliott is listed at +800. Some shorter odds exist on Caesars Sportsbook, as even Joey Logano is +1000 (+1200 at Barstool). Even Ross Chastain is at +700 on Caesars while +850 on Barstool. There is value.

Now, what occurs on the tri-oval this Sunday evening?

Kevin Meendering will crew chief for Kyle Larson the next four races (Nashville, Road America, Atlanta, New Hampshire) in place of Cliff Daniels, who is suspended after the wheel came off at Sonoma. Meendering was crew chief for part of the 2019 season with Jimmie Johnson.

The idea is that Hendrick Motorsports went 1-3 last year here at Nashville. Just think that Larson was able to dominate most of the race and had just enough distance from Ross Chastain and William Byron. At +600, Kyle Larson has very slight value.

The race is 300 laps in all. This is truly a good race for the drivers to get back as there are just ten races until the NASCAR Playoffs.

Can Ross Chastain Win at Nashville?

Sports bettors have seen Ross Chastain. rise in the top-ten all season. The Trackhouse Racing driver still ranks well in the NASCAR Cup Series odds and is third in the race odds. Chastain is second in points just 16 behind Chase Elliott. Furthermore, though Larson and Busch are rightful favorites, Chastain may have an even better shot this year in the Next-Gen car.

Lap 240 time loop is really the start of the final green flag run where teams had to conserve fuel to make it to the distance, and he could race harder than others since he had plenty of it! pic.twitter.com/mDZkNiuJZc

Now, could the race come down to fuel management? That is possible but with the boost in cautions this year, drivers are going to need to generate more speed.

This 1.333-mile track will be fun again with that super speedway feel in an intermediate course.

The weather expects to be hot and stormy on Sunday with temperatures rising well into the 90s. The last thing to keep an eye on is drivers like Ross Chastain and William Byron. Their ability to drive fast is well documented on hot tracks. Nashville has been downright toasty the past two weeks.

Finally, for top-ten picks, there are Ryan Blaney, Kyle Busch, and Kurt Busch as well. There will be a few more picks closer to Sunday’s race after qualifying on Saturday. Daniel Suarez will be fast too.

Here are our best bets:

Marlins vs Mets Picks and Odds – Alcantara vs Bassitt 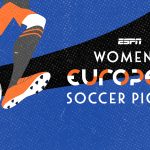 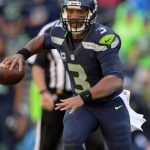 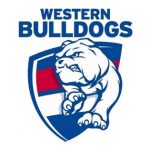 Marlins vs Mets Picks and Odds – Alcantara vs Bassitt